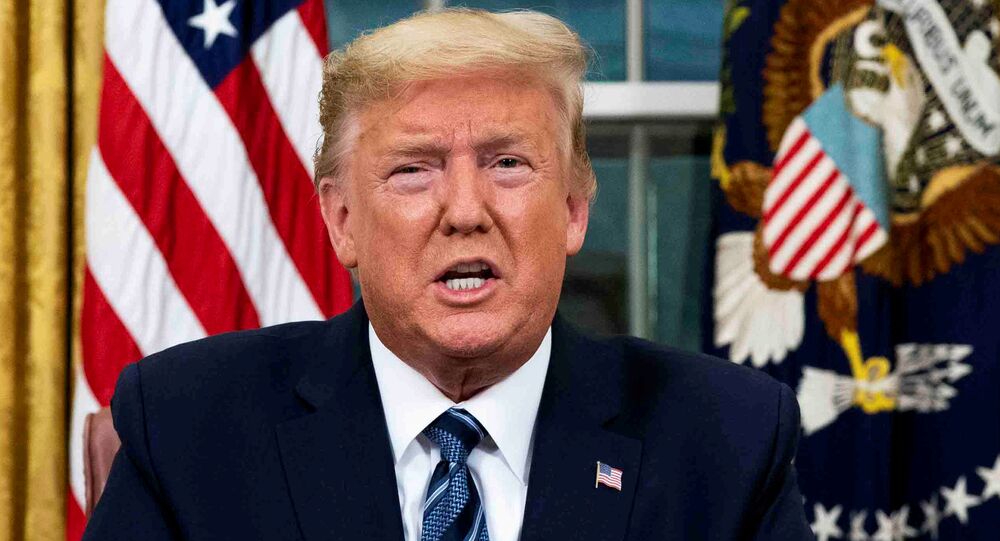 US President Donald Trump declared the COVID-19 coronavirus pandemic to be a "national emergency" on Friday, opening up billions of dollars in aid for US states and giving the health and human services secretary broad new powers to fight the outbreak.

"No resource will be spared, nothing whatsoever," Trump said in a Friday press conference. His order made available $50 billion in funds for US states and territories to fight the pandemic.

Trump urged every state to set up emergency operation centers and asked every hospital to activate their emergency preparedness plans.

He also said the declaration gave US Health and Human Services Secretary Alex Azar broad new powers to combat the pandemic, including the ability to waive provisions and laws to give doctors, hospitals, and other health officials maximum flexibility to respond to the virus and to care for patients.

He further noted that Google was constructing a new website to help users quickly determine if they have symptoms of COVID-19. The president urged people to get tested for the virus only if it's likely they have it.

Trump further hailed his administration's response to the outbreak as having helped arrest the spread of COVID-19, including travel restrictions to and from China and now Europe, which the World Health Organization noted on Friday has become the "epicenter" of the pandemic.

New measures he announced include suspending the entry of foreign nationals who’ve been in Europe in the last 14 days, and that US citizens returning from Europe will be subjected to increased screening and quarantines, if necessary. While the UK was initially excluded from the travel ban, Trump noted that this may change if COVID-19 cases in the UK continue to rise, but that travel restrictions on Asian countries could soon drop "when the numbers [of cases] are right."

"Our overriding goal is to stop the spread of the virus and to help all Americans who have been impacted by this," Trump said. "Again, we don't want everyone taking this test. It's totally unnecessary. And this will pass through and we're going to be even stronger for it."

Trump further noted that "to help our students and their families," interest accumulation on student loans would be waived "until further notice."

The president has also instructed the Department of Energy to buy up as much crude oil as possible while oil prices are at historic lows, in order to fill the US strategic reserve. He further noted other steps would be announced later in the day.

However, he urged that in the coming weeks, Americans will have to make sacrifices for long-term gain, noting the next eight weeks are critical to defeating the outbreak.

"Short-term sacrifices will produce long-term gains," he said. "We will turn a corner with this virus."

"Together we'll put the health of america first," said US Vice President Mike Pence, who is heading the administration's response to the pandemic, after noting that 46 states have documented COVID-19 cases.

When asked about the House bill providing emergency funding for addressing the coronavirus, Trump said, "we don't think they're giving enough ... we could have something ... but they're not doing whats right for the country."

He also noted that the US and China are sharing data on how Beijing addressed the initial outbreak of the virus. China's National Health Commission reported Thursday that only eight new cases of the virus had been reported that day - the lowest daily increase since January.

According to the New York Times, on Friday afternoon there were 1,875 confirmed cases of COVID-19 and at least 41 people had died of the illness.

However, Trump said that neither he nor any of his staff have taken a coronavirus test, despite their recent proximity to Brazilian President Jair Bolsonaro's staff, one member of which has tested positive for the virus. "I don't have any of the symptoms," he told reporters.