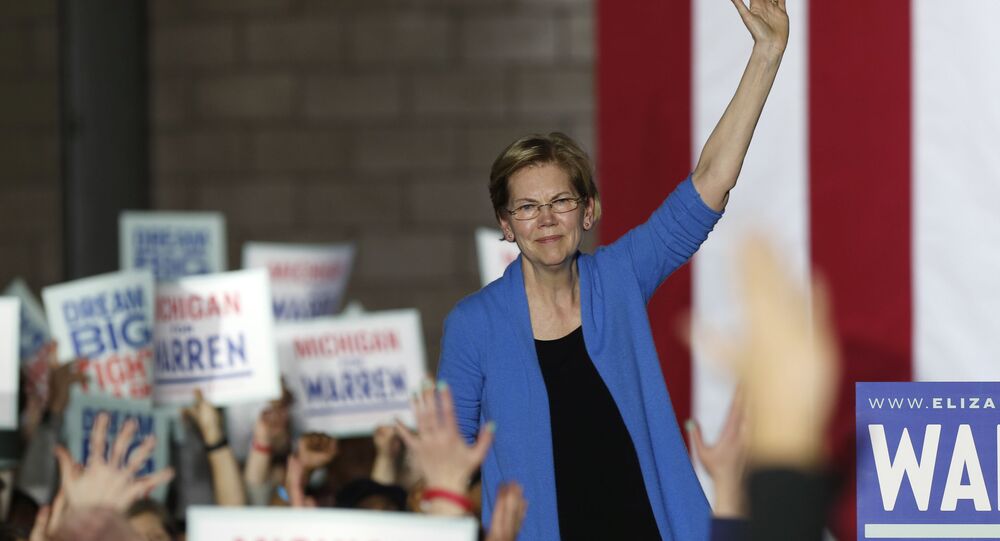 During the Super Tuesday primaries, Elizabeth Warren managed to secure the support of around 50 delegates, according to the preliminary results. A candidate needs to win at least 1,991 pledged delegates to secure the Democratic nomination.

US Senator from Massachusetts Elizabeth Warren is dropping out of the race for the Democratic presidential nomination, but is refraining from publicly endorsing any of the remaining candidates.

"No, not right now. Going to take a little time to think a little more", Warren said during a press conference when asked which of the two contenders she would support - Bernie Sanders or Joe Biden.

Our work continues, the fight goes on, and big dreams never die. From the bottom of my heart, thank you. https://t.co/28kyKe777L

"I'm suspending our campaign for president", Warren earlier told her campaign staff. "I may not be in the race for President in 2020, but this fight - our fight - is not over".

The news comes following the Super Tuesday primaries in the US, in which Warren did not manage to secure a victory in any state. Even in her home state of Massachusetts, the senator only came in third place, behind Biden and Sanders.

According to preliminary figures, the senator has received the support of around 66 pledged delegates so far.

On Wednesday, another Democratic presidential contender, former New York Mayor Michael Bloomberg, ended his nomination bid after crushing Super Tuesday defeats. Bloomberg managed to secure only one victory in the tiny US territory of American Samoa and gained the support of just a few dozen delegates overall during the day.

During her presidential campaign, Elizabeth Warren called for a "structural change" to the US political and economic systems and proposed a 2% wealth tax. She received criticism for her apparent refusal to directly respond to questions on whether she would advocate for higher taxes to make the American people pay for Medicare for All.

The US President Donald Trump has also repeatedly fired shots at Warren, calling her "Pocahontas" for her alleged Native American ancestry and challenging the senator to take a DNA test. According to him, Warren's test results did not support her claim.