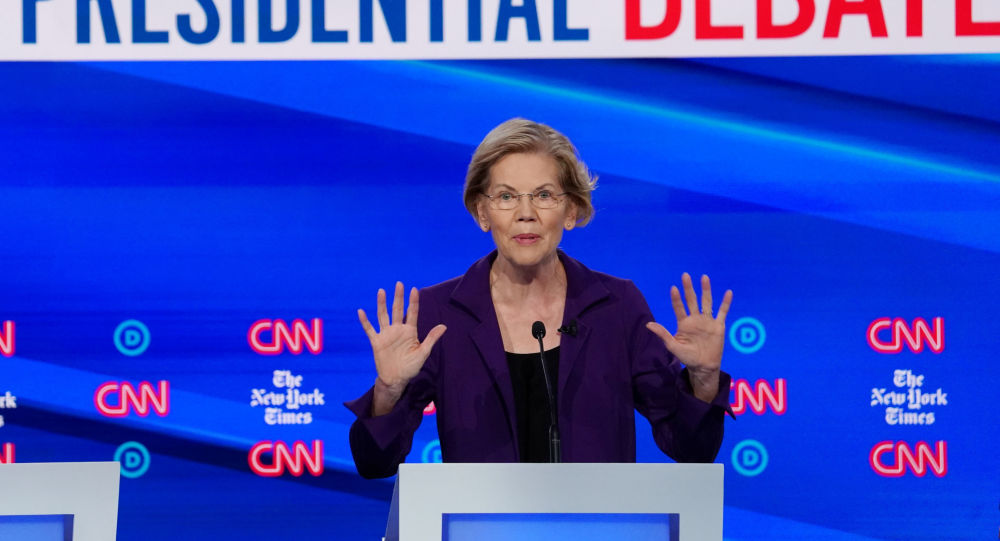 Senator Warren has long laid Native American ancestry claims, disputed by her political opponents. Last years she took a DNA test, which proved that she was up to a 1/1024th Native American, and trumpeted its results on social media – only to come in for some criticism from the Cherokee Nation government.

Elizabeth Warren has deleted a year-old tweet in which she announced the DNA test results proving her Native American ancestry.

The post, published on 15 October 2018, read: “My family (including Fox News-watchers) sat together and talked about what they think of [Donald Trump’s] attacks on our heritage. And yes, a famous geneticist analysed my DNA and concluded that it contains Native American ancestry.”

Jim Treacher from the conservative blog PJ Media discovered that Warren had deleted the tweet and restricted access to a corresponding video on her website when he was writing an article “celebrating” the anniversary of Warren’s claim.

He wrote: “They made that treacly announcement video because they thought it was a slam-dunk, and now they’ve wiped all trace of it from the Internet because it’s so embarrassing.”

The Massachusetts senator, currently a leading Democratic candidate in the 2020 race, has for decades claimed to possess Native American ancestry; she is said to have been identified as a Cherokee in a 1984 cookbook of Native American tribes.

Warren first faced scrutiny over her lineage during the 2012 Senate race. At the time, her Republican opponent speculated that she had fudged Native ancestry to further her career, which she denied.

Donald Trump revived the controversy on the 2016 campaign trail, ridiculing Warren as “fake Pocahontas” and promising to donate $1 million to her “favourite charity” if she could prove her ancestry via a DNA test.

She finally took the test last year and did found a miniscule share of Native American ancestry. The study by Stanford University professor Carlos Bustamante revealed that there was such an ancestor in her family tree six to 10 generations ago. If the test was accurate, it would make her anywhere between 1/32nd and 1/1024th Native American.

​Warren recalled Trump’s promise in another October post and urged Trump to send the money to the Indigenous Women’s Resource Centre, but he backtracked.

By the way, @realDonaldTrump: Remember saying on 7/5 that you’d give $1M to a charity of my choice if my DNA showed Native American ancestry? I remember – and here's the verdict. Please send the check to the National Indigenous Women’s Resource Center: https://t.co/I6YQ9hf7Tv pic.twitter.com/J4gBamaeeo

However, the Cherokee Nation – the largest federally recognised tribe in the United States – questioned the results of her test, saying that it is “useless to determine tribal citizenship.”

“Current DNA tests do not even distinguish whether a person's ancestors were indigenous to North or South America. Sovereign tribal nations set their own legal requirements for citizenship, and while DNA tests can be used to determine lineage, such as paternity to an individual, it is not evidence for tribal affiliation,” a spokesperson for the Cherokee Nation said following her announcement.

Warren, who has never claimed tribal membership, reportedly apologised to the Cherokees in a phone call in February. “I understand that she apologised for causing confusion on tribal sovereignty and tribal citizenship and the harm that has resulted,” Cherokee Nation spokeswoman Julie Hubbard told The New York Times.

“The chief and secretary of state appreciate that she has reaffirmed that she is not a Cherokee Nation citizen or a citizen of any tribal nation.”

Hubbard added that Warren showed understanding that “being a Cherokee Nation tribal citizen is rooted in centuries of culture and laws not through DNA tests.”