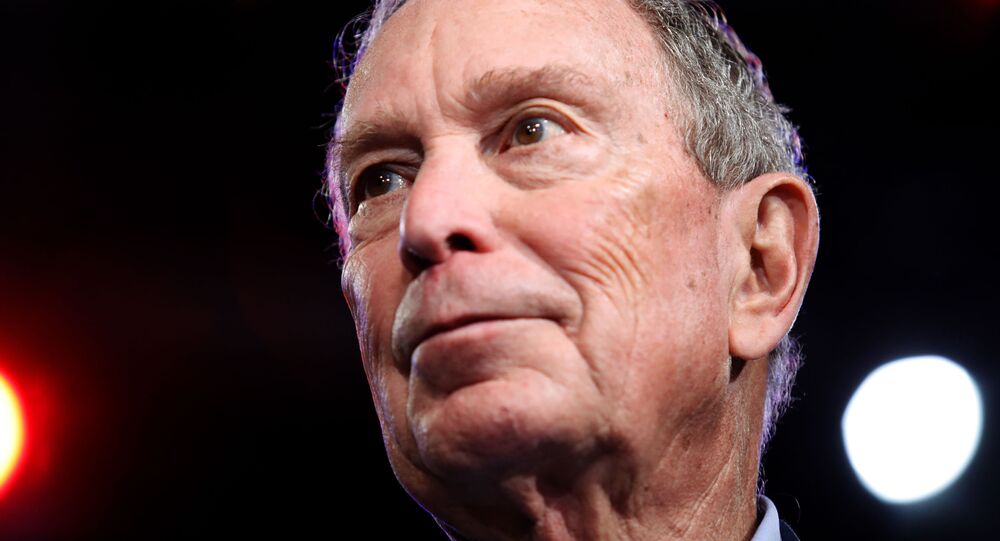 According to preliminary results from the Super Tuesday primaries, Michael Bloomberg’s $500-million late-entry campaign strategy has not proven as successful as the ex-mayor once hoped.

Former New York Mayor Michael Bloomberg is currently emerging as the loser in the Super Tuesday Democratic primaries, only managing to secure a victory in the tiny 6-delegate territory of American Samoa, despite having invested hundreds of millions in his campaign. According to multiple media reports, these results are prompting Bloomberg’s team to re-evaluate the ex-mayor’s current campaign strategy.

NBC News earlier reported that Bloomberg’s analysts were set to “take another look” at his campaign the day after Super Tuesday to decide whether the billionaire should continue his bid for the Democratic presidential nomination. Bloomberg himself previously pledged to do his best to stay in the race until the November election.

Many have questioned his peculiar campaign strategy, since the ex-New York City chief skipped the earlier contests in four US states, aiming high for the delegate-rich Super Tuesday states. Bloomberg, however, spent the day itself campaigning in Florida, which is believed to be “the backyard of Donald Trump” and where the primary won’t take place until 17 March.

“As the results come in, here’s what is clear: No matter how many delegates we win tonight, we have done something no one else thought was possible. In just three months we have gone from 1% in the polls to a contender for the Democratic nomination”, the ex-mayor cheered in West Palm Beach on Tuesday evening, the Sun Sentinel reported, as the first results from the Democratic contests were coming in from one US territory and 14 states.

The preliminary results have demonstrated that the Democratic presidential nomination is a race between Vermont Senator Bernie Sanders and former Vice President Joe Biden, with the former winning  delegate-rich California and the latter securing victories in at least 8 other states.

© REUTERS / Ed Kosmicki
Bloomberg Says He Did Not Realise Elizabeth Warren Was Still In Democratic Race
Bloomberg spent a fortune Oklahoma, Arkansas, and Tennessee, where he’s won only around 14 delegates, according to the Associated Press count. A candidate needs to win at least 1,991 pledged delegates to secure the Democratic nomination.

The former mayor still remains optimistic though, as he earlier claimed that he could still win the Democratic nomination, but only with the help of a contested convention if no candidate gets the majority of pledged delegates by July. In the event of this scenario playing out, it is “superdelegates” who will decide the Democratic presidential candidate.