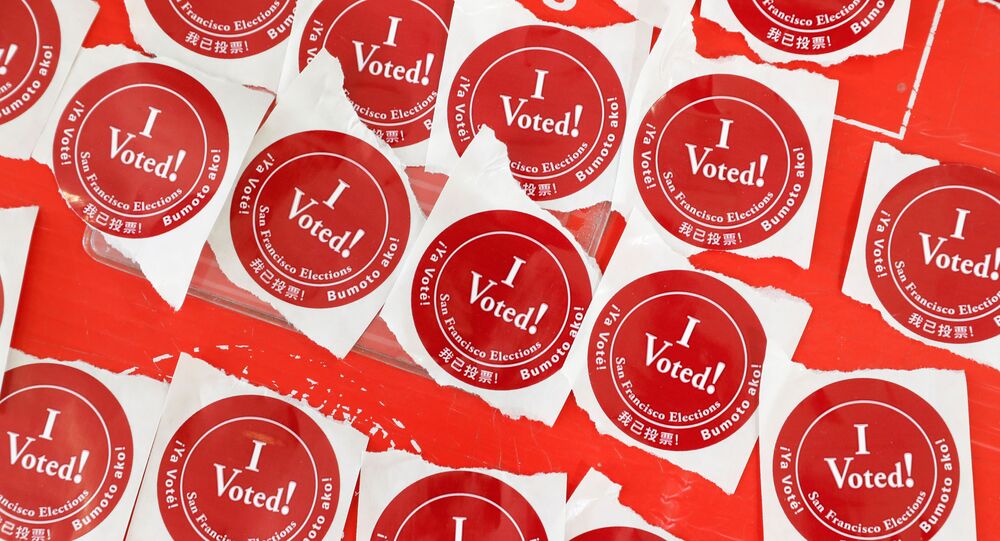 Fourteen US states are holding their Democratic primaries on what is known as Super Tuesday, including California - the "golden state" - which holds the biggest number of delegates - 415.

There are now only five candidates left in the Democratic race after former South Bend Mayor Pete Buttigieg and Senator Amy Klobuchar dropped out ahead of the Super Tuesday vote to endorse Joe Biden for the presidential bid.

The latest Super Tuesday polls have also projected both Biden and Sanders to gain the largest vote share today, while their Democratic rival Elizabeth Warren is expected to drop out of the race unless she is able to pull off a shock result in one of the Super Tuesday states.

The fifth candidate from the Democratic Party, Tulsi Gabbard, is also refusing to quit the race.

A total of 1,345 delegates, or 34 percent of all Democratic convention delegates, are to be selected on Super Tuesday, which means that 40 percent of the total number of pledged delegates will have been allocated by today, taking into account the four primaries or caucuses that have already been held.