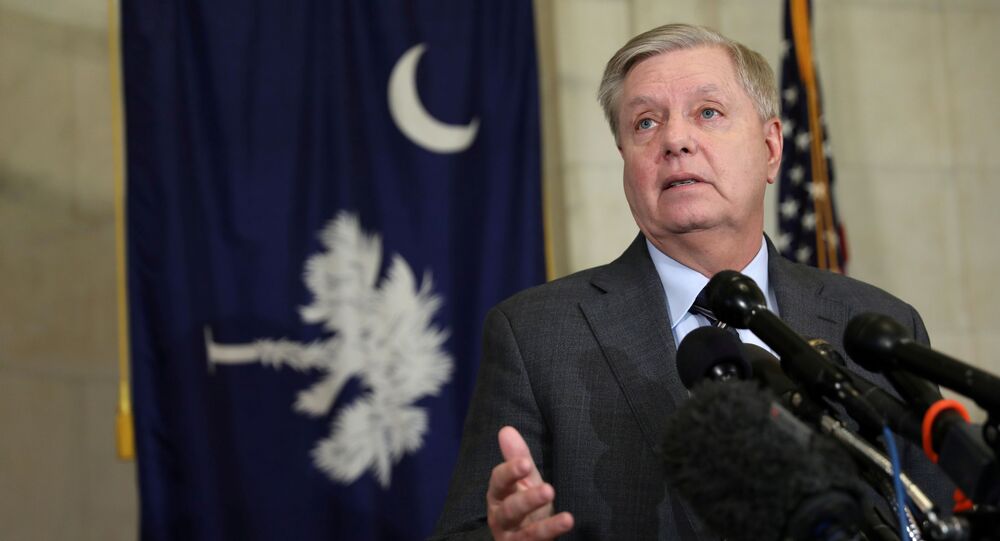 The Senator’s words come ahead of US President Donald Trump’s looming removal trial in the Republican-controlled Senate on Tuesday, following the president's December 2019 impeachment by the House.

Republican Senator Lindsey Graham, chair of the Senate Committee on the Judiciary, on Sunday slammed  Speaker of the House Nancy Pelosi’s earlier assertion that she “always prays” for Trump, accusing her of orchestrating what he characterized as a “church of holy hell” against the president during his presidency.

“I like Nancy Pelosi, I’ve known her for years, and I think she is a very religious person, but when it comes to Donald Trump, Nancy Pelosi may pray for him privately, but she’s orchestrated the church of holy hell from the time Trump has been sworn in to now has been one thing after another,” Graham said in a Sunday interview with Fox News.

Graham stated that Pelosi and the US House of Representatives took 48 days to impeach the president, and claimed that Trump was not permitted to “call any witnesses” or “have a lawyer present” during the high-profile House Intelligence Committee hearings.

“This has been a partisan railroad job. And you're asking for fairness in the Senate? You violated every norm of what we do,” declared the Senator, who has been sworn in as an impartial juror for Trump's Senate removal trial.

In December 2019, prior to Trump's impeachment in the US House of Representatives, Pelosi, responding to a journalist's yelled accusation that she 'hated" the president, stopped the proceedings to tell the reporter that she "prays for the president all the time”.

The Senate has formally initiated the trial process for the potential removal of Trump from office, after House officials read the charges to the upper chamber and Supreme Court Chief Justice John Roberts was sworn in to preside over the process.

On 18 December, the Democratic-controlled House of Representatives voted to impeach Trump for abuse of power and obstruction of Congress. The impeachment inquiry was initiated by Pelosi, following a whistleblower allegation that the US president withheld military aid to Ukraine in exchange for Kiev launching a probe into Trump's political rival Joe Biden.