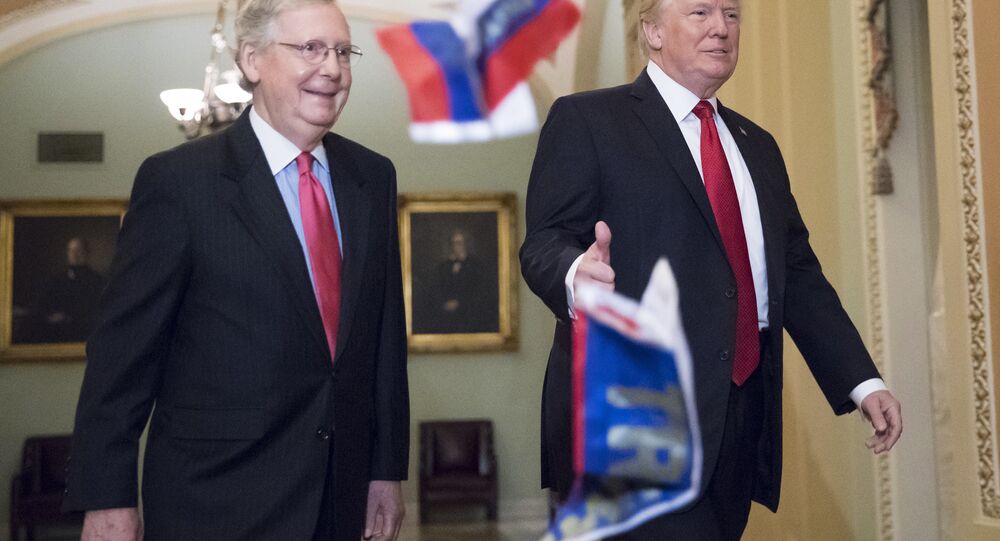 The much-anticipated impeachment trial of US President Donald Trump is set to begin on Tuesday, January 21, according to US Senate Majority Leader Mitch McConnell (R-KY).

McConnell, who leads the Republican majority in the Senate, told reporters Tuesday he expected the Senate to receive articles of impeachment from the House of Representatives on Wednesday, enabling them to take preliminary steps toward beginning the trial. For example, before the trial can begin, Supreme Court Chief Justice John Roberts must swear in senators as jurors.

House Speaker Nancy Pelosi (D-CA) said on Tuesday the House would vote on advancing the two articles of impeachment to the Senate on Wednesday.

Asked if calling witnesses means Republicans would call Hunter Biden, Mitch McConnell said that'll be settled later but "both sides would want to call witnesses... I can't imagine that only the witnesses our democratic colleagues want to be called would be called."

​McConnell noted there was little to no sentiment among Republicans in the Senate to move to dismiss the articles of impeachment without first hearing arguments, which House Democrats have long feared would quickly end their effort to punish the president.

Trump was impeached by the House nearly a month ago for abuse of power, for attempting to pressure the Ukrainian government into a quid pro quo agreement regarding military aid to Kiev and the opening of an investigation by Kiev into former US Vice President Joe Biden and his son, Hunter Biden. A second article of impeachment is for obstruction of Congress, for Trump interfering with the House's inquiry, most notably by directing the executive branch not to cooperate with the investigation.

Articles of Impeachment: Senate's Trial Has the Potential to be a Wild Card in the 2020 Race – Prof