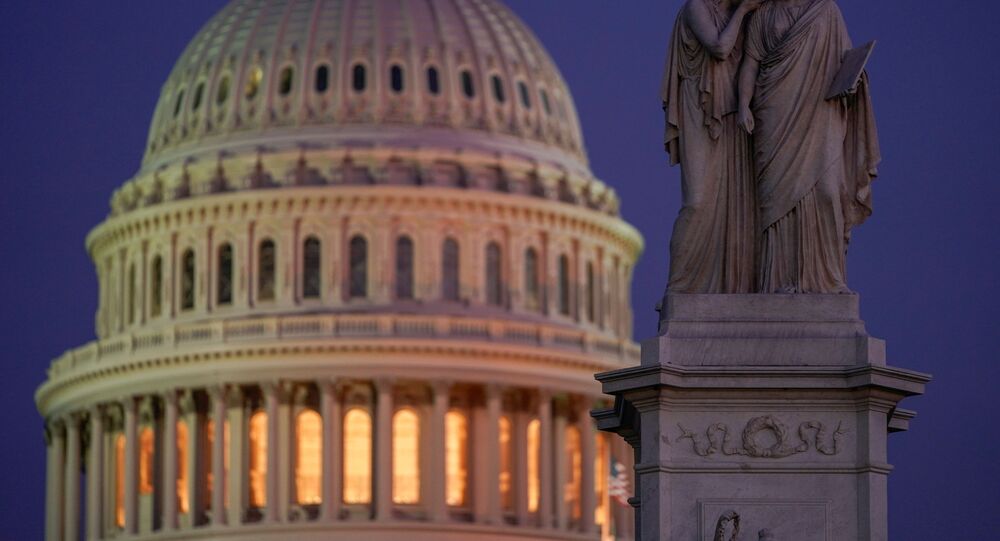 The US House of Representatives approved two articles of impeachment against US President Donald Trump, making him the third US president to be impeached. A trial to determine Trump’s innocence or guilt of the accusations, which include abuse of power and obstruction of Congress, will be held in the Republican-controlled US Senate.

The House voted Wednesday evening 230 to 197 on the abuse of power impeachment article, according to a process laid out by the US Constitution. A subsequent vote on the second article came in at 229 to 198.

The votes followed six hours of debate and fell largely along party lines, and Trump’s trial in the Senate is predicted to do much the same.

The decision marks the culmination of months of inquiry and intrigue sparked by an anonymous, CIA-connected whistleblower from the White House whose report to Congress was hushed up by Trump in August. The report concerned a July 25 phone call between Trump and Ukrainian President Volodymyr Zelenskyy in which Trump pressed for Kiev to open an investigation of former US Vice President Joe Biden and his son, Hunter Biden.

The elder Biden, now a leading contender for the Democratic presidential nomination to run against Trump in 2020, has boasted of his 2016 actions as vice president to force Kiev’s then-prosecutor general, Viktor Shokin, from office just as Shokin was beginning his own investigation into the gas company Burisma Holdings. Hunter Biden sat on Burisma’s board at the time, and so the move has been interpreted as the elder Biden shielding his son from a corruption probe. However, Hunter was never specifically targeted by Shokin.

House Democrats have alleged that by pressing Zelenskyy to reopen this investigation with threats to withhold military aid, Trump engaged in an illegal “quid pro quo” agreement that amounts to an abuse of his power as president. His subsequent actions to frustrate the impeachment inquiry, which opened on September 24, are behind the House’s second charge of obstruction of Congress.

Claiming the impeachment probe was undertaken “purely for political reasons,” the White House directed executive branch agencies not to cooperate with subpoenas for testimony or documents related to the inquiry.

"The President has done nothing wrong and the Democrats know it,"  White House Press Secretary Stephanie Grisham said in an October 9 statement. "The Executive Branch cannot be expected to, and will not participate in, this exercise of partisan political theater.”

Private and public hearings of dozens of testimonies and examinations of thousands of documents have been presided over since late September by the House Intelligence, Judiciary, Foreign Affairs and Oversight and Reform committees as the House functioned as a sort of “grand jury,” establishing facts of the case and deciding eventually to press the charges in question.

However, the question of whether or not to impeach Trump, and on what charges, has dogged Democrats since before his January 2017 inauguration. Some efforts to find or create impeachable offenses by Trump date to just one week after his election as president, while Barack Obama was still the head of state.

Subsequent efforts have focused on Trump’s business dealings potentially violating the emoluments clause of the Constitution and the now-disproven allegation that his campaign colluded with the Russian government to win the election, with Democrats rotating between accusations over the last three years.