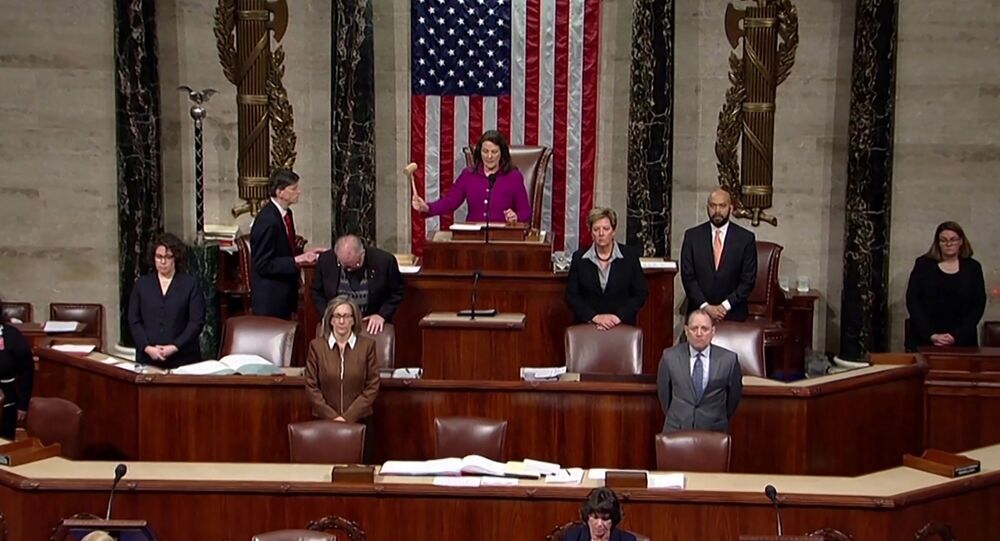 The US House of Representatives is currently voting on impeaching US President Donald Trump. The Wednesday vote is the first stage of an impeachment inquiry launched by House Dems in September after a whistleblower alleged that Trump pushed Ukrainian President Volodymyr Zelensky to investigate the Bidens in Ukraine.

The House is currently made up of 233 Democrats, 197 Republicans, 1 Independent and has four vacancies. For Trump to be impeached, a majority of the 435-member House must vote in favor of the two articles of impeachment - abusing power and obstructing justice - before the process moves to the Republican-controlled Senate for a trial and the second stage of the vote.

Earlier on Wednesday, Trump, in a series of statements, criticized the impeachment proceedings as lawmakers in the House of Representatives began floor debates prior to the vote. Trump has repeatedly said the impeachment inquiry is a sham and a political witch hunt concocted by Democrats.

Trump is the third US president in the nation's history to face an impeachment vote in the House of Representatives.