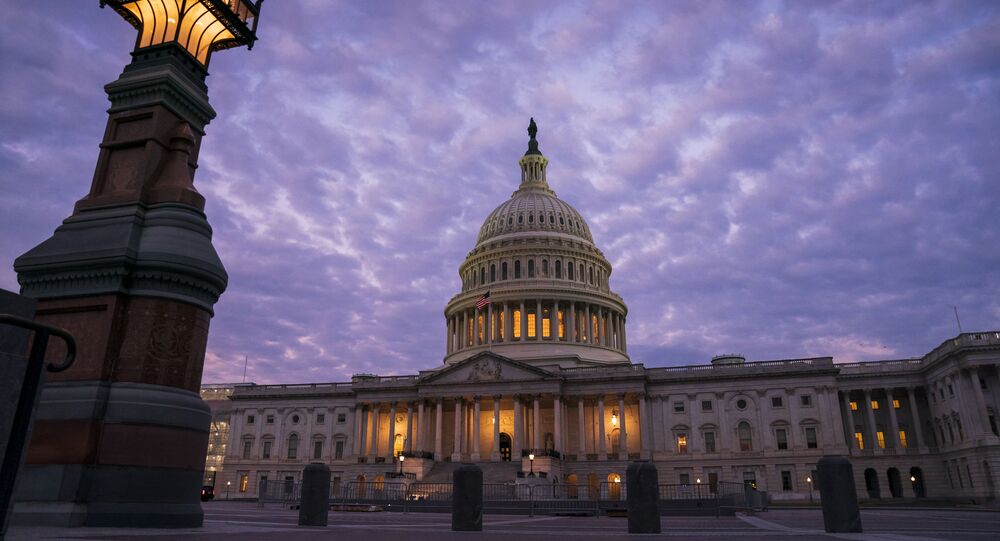 On Thursday The US House of Representatives voted 232-196 to formally proceed with the Democratic-led impeachment inquiry against President Donald Trump, with the resolution detailing how the investigation will move into a more public phase.

A senior National Security Council aide, Timothy Morrison, is said to have confirmed an episode perceived as key to the impeachment inquiry, testifying that a top diplomat working with US President Donald Trump told him that a package of military assistance to Ukraine would be subject to that country’s commitment to conduct probes sought by the US President, reports The New York Times.

In a closed-door deposition, it is reported that Morrison said he had been told of a September call between Trump and the diplomat, Gordon D. Sondland, during which the president was claimed to have rejected seeking a quid pro quo with Ukraine, but then proceeded to “insist” that the country’s president publicly announce investigations into former Vice President Joe Biden and his son, as well as other Democrats. The US provides foreign aid to Ukraine, and such quid pro quo ("a favour for a favour") agreements are seen as an abuse of office.

Morrison, in opening remarks, obtained by The New York Times, did not draw conclusions about Trump’s involvement in alleged pressure tactics, pointing back repeatedly to Sondland, whose involvement in Ukraine policy he said he “did not understand”.

"I want to be clear, I was not concerned that anything illegal was discussed", Morrison said in his opening statement to the House investigators conducting the Trump impeachment inquiry.

In subsequent testimony, he told lawmakers he had asked the National Security Council’s chief lawyer, John Eisenberg, to review the call out of concern how a potential leak of its summary “would play out in Washington’s polarised environment”, how it might impact bipartisan backing for Ukraine in Congress, and “how it would affect the Ukrainian perceptions of the US-Ukraine relationship”.

Last week William B. Taylor Jr., the top American diplomat in Ukraine, had appeared in a private testimony and spoken of his “alarm” about the conversations, saying that he had been briefed about them by Morrison, the senior director for Europe and Russia for the National Security Council.

“Ambassador Taylor and I had no reason to believe that the public release of the security sector assistance might be conditioned on a public statement reopening the Burisma investigation until my Sept. 1, 2019, conversation with Ambassador Sondland.”

“Even then I hoped that Ambassador Sondland’s strategy was exclusively his own and would not be considered by the leaders of the administration and Congress, who understood the strategic importance of Ukraine to our national security,” added Morrison.

Morrison was the second White House official to testify before the inquiry this week, following Lt. Col. Alexander S. Vindman, a Ukraine expert at the National Security Council.

Last week, William B. Taylor Jr., the top American diplomat in Ukraine, had testified that Morrison had informed him in early September of a meeting in Warsaw between Sondland and a top aide to Zelensky, during which the Ambassador told the Ukrainian aide that the US would provide the security assistance package only if Zelensky committed to investigate allegations related to Joe Biden and his son Hunter, who sat on the board of Burisma, a Ukrainian energy company.

Sondland claimed in testimony that he'd failed to appreciate that Burisma was directly tied to Hunter Biden.

In his Thursday testimony, Morrison was said to have departed in one aspect from that account, telling investigators he thought Sondland said Ukraine’s prosecutor general, not Zelensky, needed to open the inquiry.

Current developments come against the backdrop of House Democrats seeking to build their impeachment case against Donald Trump.
In a move to wrap up the closed portion of their inquiry in the coming week or so, they voted through a resolution, passed along party lines, endorsing the inquiry and outlining protocols for the next step of the impeachment investigation in the coming weeks.

As the House voted 232-196 to formalise the Democratic-led impeachment inquiry into President Trump, just two Democrats broke with their party to vote against the measure.

The resolution was uniformly opposed by the Republicans, who accused it of attempting to undo the 2016 election.

“Democrats are trying to impeach the president because they are scared they cannot defeat him at the ballot box,” Representative Kevin McCarthy, the House minority leader, said.
© REUTERS / TOM BRENNER
The votes of the members are displayed on an electronic tote board as the U.S. House of Representatives cast their votes on a resolution that sets up the next steps in the impeachment inquiry of U.S. President Donald Trump on Capitol Hill in Washington, U.S., October 31, 2019. REUTERS/Tom Brenner

On 24 September, House Democrats launched an impeachment inquiry over a whistleblower complaint claiming Donald Trump’s talk with Volodymyr Zelensky in July might constitute an abuse of power as he called the Ukrainian president to investigate potential corruption by former Vice President Joe Biden and his son Hunter, who was linked to Ukrainian energy company Burisma. The Bidens have said Trump’s allegations are unfounded.

Trump has vehemently denied any wrongdoing, promptly releasing the transcript of the call and lambasting the impeachment inquiry as another round of “witch hunt garbage” aimed at discrediting him ahead of the 2020 vote.