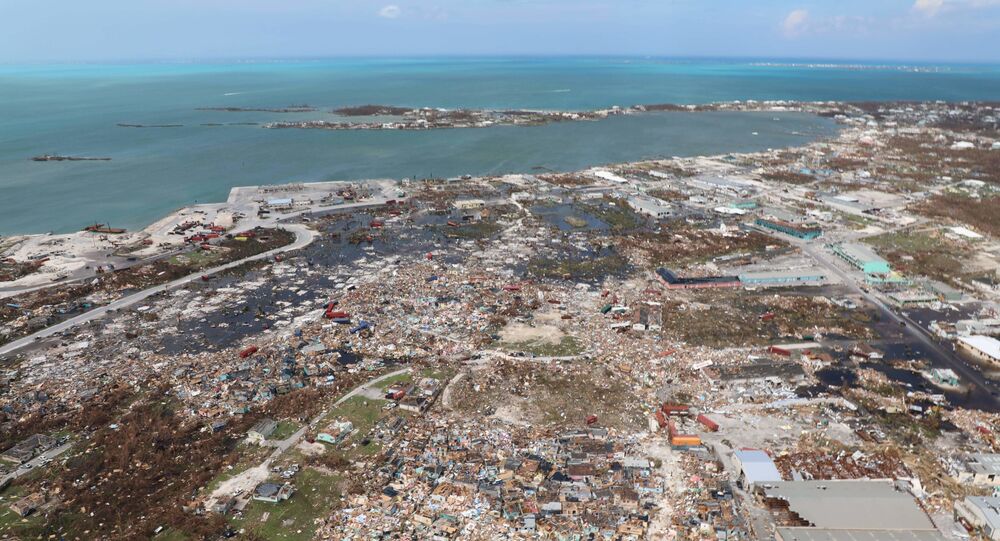 WASHINGTON (Sputnik) - President Donald Trump told Bahaman Prime Minister Hubert Minnis in a phone call that the United States will provide full support to the Bahamas after the island nation suffered the full impact of Hurricane Dorian, the White House said in a statement.

Earlier, Bahamas Minister of Health, Duane Sands, told The Washington Post that a total of 20 people have died as a result of Dorian which pounded the islands on Sunday as a Category 5 hurricane then wrought destruction for about 40 hours before heading towards US shores.

"[Trump] stated that the United States will provide all appropriate support to the people of the Bahamas during the Bahamian government’s managed and executed response to Hurricane Dorian," the White House said on Wednesday.

Trump also offered his condolences for the loss of life and catastrophic destruction caused by Hurricane Dorian, the statement said.

"Both leaders agreed to continue close coordination to ensure the most efficient and effective provisioning of United States humanitarian aid and disaster response efforts help those affected by the hurricane," the White House said.

Meanwhile, United Nations Under-Secretary-General for Humanitarian Affairs and Emergency Relief Coordinator Mark Lowcock said in a press briefing that more than 70,000 people in the Bahamas are in immediate need of life-saving humanitarian aid amid destruction from the hurricane.

"It is clear, there are probably over 70,000 people who are in immediate need of life-saving assistance both in Abaco and Grand Bahama," Lowcock told reporters via a phone link from the Bahamas on Wednesday.

Lowcock said to enable assistance for more than a fifth of the country’s population, the UN Central Emergency Fund had made an immediate allocation of $1 million.

"I have told the Prime Minister [Hubert Minnis] that I will be immediately releasing $1 million from the Response Fund to deal with… water, food, shelter, accommodation and medical supplies," Lawcock said.

Dorian is expected to hit the US states of North and South Carolina in the next day or so.