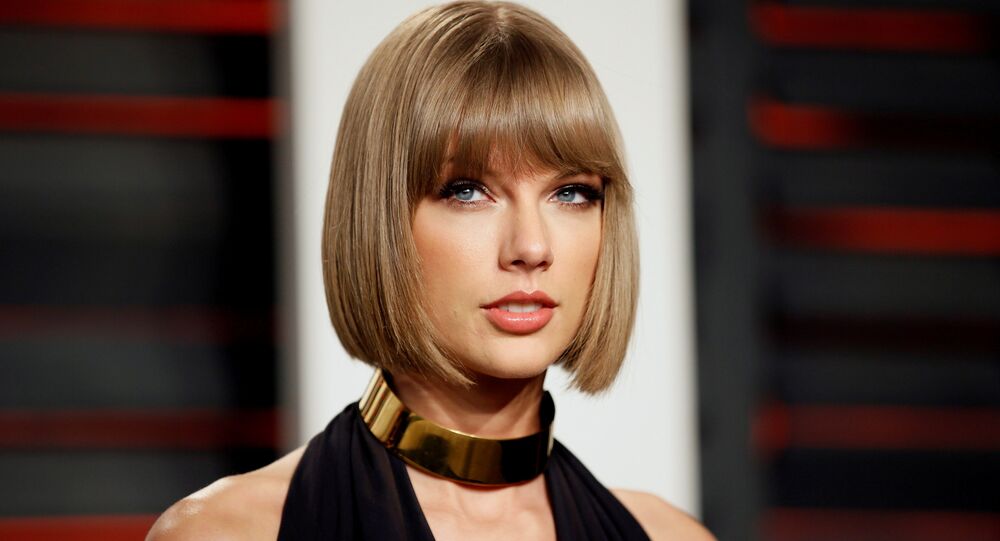 The country and pop music sweetheart broke her silence regarding her political affiliation in October 2018 when she announced on social media that she would back Democratic candidates in November's congressional midterm elections.

Taylor Swift has revealed to Vogue that she decided to steer clear of politics during the 2016 presidential election, assuming that her reputation would have harmed Hillary Clinton's campaign.

"Also, you know, the summer before that election, all people were saying was, 'She's calculated. She's manipulative. She's not what she seems. She's a snake. She's a liar. These are the same exact insults people were hurling at Hillary. Would I be an endorsement or would I be a liability? 'Look, snakes of a feather flock together. Look, the two lying women. The two nasty women'. Literally millions of people were telling me to disappear. So I disappeared. In many senses", Swift recalled.

@taylorswift is our September issue cover star! Tap the link in our bio to read the full profile. Photographed by @inezandvinoodh, styled by @tonnegood, written by @abbyaguirre, Vogue, September 2019.

The singer was referring to the "mass public shaming" she'd been subjected to following the Kanye West and Kim Kardashian feud in July 2016 when the reality show star published a video of Swift on the phone with the rapper discussing his track, "Famous".

Upon the release of the track, in which West rhymes, "I feel like me and Taylor might still have sex/Why? I made that b*tch famous", Swift publicly ripped Kanye for mentioning her name, taking issue with being called a "b*tch" and the fact that the Runaway rapper took credit for her successful career.

Wanted to thank @abbyaguirre for writing such a thoughtful piece and for diving into my pastel cryptic world of hints, Easter eggs, and numerology. We also talked about sexism, equality, and all things Lover. I ate an entire cheese plate by myself. On stands soon-ish.

The video, uploaded by Kardashian, showed that Kanye let Taylor know of the lyrics beforehand, and she, in fact, approved of the use, even describing them as "a kind of a compliment". At the time, Kim called Taylor a "snake", which was quickly picked up by Kimye fans, who began inundating the country-pop star's social media accounts with serpent emojis.

"A mass public shaming, with millions of people saying you are quote-unquote 'cancelled', is a very isolating experience. I don't think there are that many people who can actually understand what it's like to hear millions of people hate you very loudly", Swift told the fashion magazine.

As Taylor likened herself to Clinton, social media erupted with all sorts of reactions:

@taylorswift13 Dear sweet Taylor! Please do yourself a huge favor and never compare yourself to Hillary Clinton. If you do you will most likely lose many of your fans and while we don't know you personally, YOU have always been a kind, loving, beautiful soul. Stay that way plz

@taylorswift13 How could you compare yourself to Hillary. Are you a liar and a traitor too? Are you nasty too? I hope you’re none of these.

What a Narcissist - who gives 2 shits about what Taylor Swift has to say. Just shut up and play music.

Taylor Swift likens herself to Hillary Clinton as she explains why she was silent on politics https://t.co/7DaMm0qxSr #FoxNews

Swift remained tight-lipped about her political preferences until late last year when she finally revealed she'd be voting for Democrats in November's midterm elections to Congress. At the time, US President Donald Trump reacted to her statement by saying that he would like her songs "about 25 percent less" from that moment on.