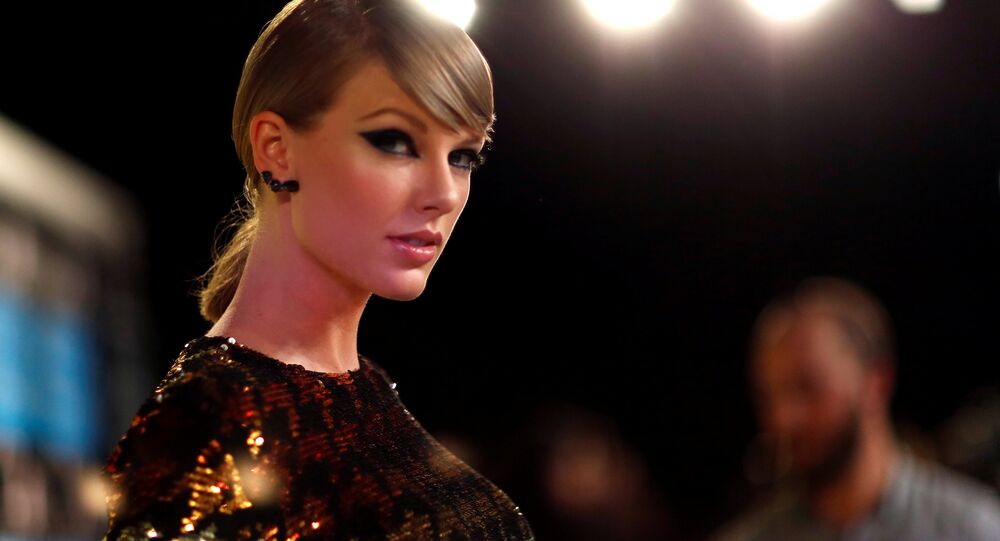 The US pop singer earlier broke her silence regarding her political affiliation after sharing on social media that she would support two democratic candidates in November’s congressional midterm elections.

Taylor Swift's stunning revelation about her preferences in the upcoming midterm elections didn't go unnoticed by Donald Trump who said he will like her songs "about 25 percent less" now. He also responded to her comments on Republican Senator from Tennessee Marsha Blackburn by saying "Swift doesn't know anything" about Blackburn and expressed support for the Republican.

POTUS' comments sparked intense reaction from social media users. Many of them suggested it was unlikely that the US president even knew any of her songs.

Trump's a musical ignoramus. Wouldn't be shocked that he listens only to Wagner, and only because he thinks Wagner was Hitler's favorite.

But on low volume, Trump's brain is unswayed and untouched by music. It's a source of dysfunction. https://t.co/7hfLgsikQf

Others however thought otherwise, suggesting the president would be saying goodbye to her songs with a heavy heart.

Some noted though that Trump never said he would stop listening to the pop singer, despite her support for the Democrats.

Taylor Swift is so fucking catchy Trump couldn't bring himself to totally reject it. pic.twitter.com/rhhUjWdKKx

Several Twitter users commented on POTUS' remarks, suggesting the feeling was mutual and that Swift's not fond of Trump either.

I'm sure the feeling is mutual, in fact she may not like you @realDonaldTrump at all. You are an example of everything that is wrong in American politics today.

Trump on Taylor Swift: 'I like Taylor's music about 25% less now' @CNNPolitics https://t.co/pIBaSi5Z4z

Some Twitterians wondered if Trump was going to attack Swift now that she had revealed her political preferences.

One Twitter user suggested that the US president is just jealous of the pop singer.

Taylor Swift, who has been keeping her political preferences secret, recently broke her silence and shared that she wouldn't be supporting a female Republican candidate from Tennessee in the congressional midterm elections in November, claiming the politician doesn't correspond to her values and accused her of failing to support bills, protecting women's rights.

Swift also said she will support Democrats in both the Senate and House of Representatives and urged her fans (she has some 112 million followers on her Instagram) from the US to register for the upcoming elections and cast their votes for the candidates they like the most.

'He’s a Player!’ Kanye on Trump Being Alone in Oval Office With Kim Kardashian