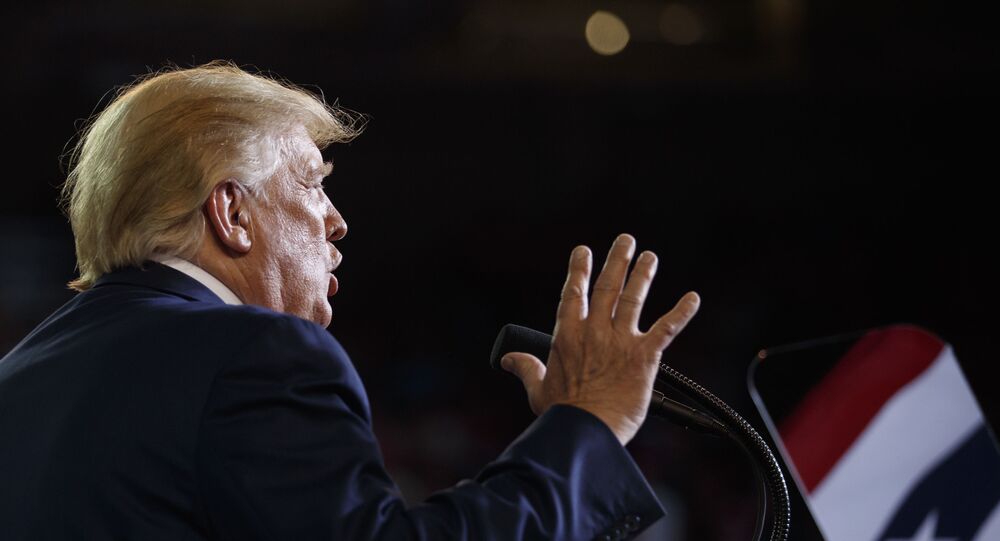 The Charlotte City Council voted on Monday to condemn US President Donald Trump’s recent comments as “racist and xenophobic.” The move comes scarcely a year before the North Carolina city is set to host the 2020 Republican National Convention, which will formally endorse the president seeking a second term.

“Charlotte should always be welcoming and inviting of people of diverse and different ethnicities and background, so long as those differences do not lead to personal insults or violent discourse,” the resolution reads, noting the city council “strongly condemns all of President Donald Trump’s racist and xenophobic social media tweets and comments, condemns all hate speech, bigotry, racism, and discrimination, wherever it may occur, especially from the highest levels of government.”

The resolution notes the city council passed a motion in 2016 compelling it to oppose discrimination.

The measure passed by a vote of 9-2 on Monday, formalizing a rebuke of the US head of state for his spat with “The Squad” - four freshmen Democratic congresswomen who have formed the party’s fiery left wing since entering office last November.

​Trump rebuked Democratic Reps. Alexandria Ocasio-Cortez (New York), Ilhan Omar (Minnesota), Ayanna Pressley (Massachusetts) and Rashida Tlaib (Michigan) earlier this month for their strong denunciations of his border policy, which has seen hundreds of thousands of immigrants - most of them from Central America - placed in concentration camps while Immigration and Customs Enforcement (ICE) conducts mass sweeps in US cities to arrest thousands more for deportation. The US and Mexican militaries are also cooperating to prevent migrants from crossing the border into the United States as they flee from economic despair and right-wing death squads in their home countries.

The resolution notes that Trump “suggested that four minority United States Congresswomen ... should ‘go back to the totally broken and crime infested places from which they came,’” and that at a rally in nearby Greenville, North Carolina, just days later, he permitted his supporters to chant “send her back” in reference to Omar, who is a naturalized US citizen but who fled from war-torn Somalia as a young child.

The resolution didn’t stop with the president’s most recent comments, though. The city council cited three other instances of objectionable rhetoric, including when in May 2018 he called undocumented immigrants “animals,” when in August 2017 he said the white supremacists who marched in Charlottesville, Virginia, and murdered one counterprotester were “very fine people,” and when in June 2017 Trump said that 15,000 recent immigrants from Haiti “all have AIDS” and that 40,000 Nigerians would “never go back to their huts” in Africa if permitted to enter the United States.

One of the council members who dissented, Republican Ed Driggs, told the Charlotte Observer that he didn’t approve of “the way the president has chosen to conduct himself,” but that Trump “didn’t create the tension that we’re experiencing ... He’s the result of the tension.”

“I oppose phrases like ‘Send Her Back’ in the strongest possible way I can relate to you ... It’s tyrannical,” the other dissenting councilmember, Republican Tariq Bokhari, said. However, he said, “It feels like the word ‘racism’ is thrown around like the word ‘witch’ in the 1600s” and that the city council shouldn’t weigh lofty questions like qualifying presidential rhetoric.

Ironically enough, the Democrat-majority city council voted just last year to host the 2020 RNC, an August 2020 event during which the party will formally choose its candidate for the presidential election that November. Trump, as the incumbent president without an emergent challenger from within his own party, is almost certain to receive the nomination.

Immediately after voting on the resolution, the Charlotte City Council briefly discussed the question of terminating the agreement, but City Attorney Patrick Baker said the city couldn’t back out without either a legitimate claim of a breach of contract by the Republican Party or paying a hefty fine.

“It is not a campaign event for Donald Trump,” Driggs said, according to the Observer, noting that all the financial benefits of hosting the conference remained. “Our willingness to host this event is not an endorsement.”