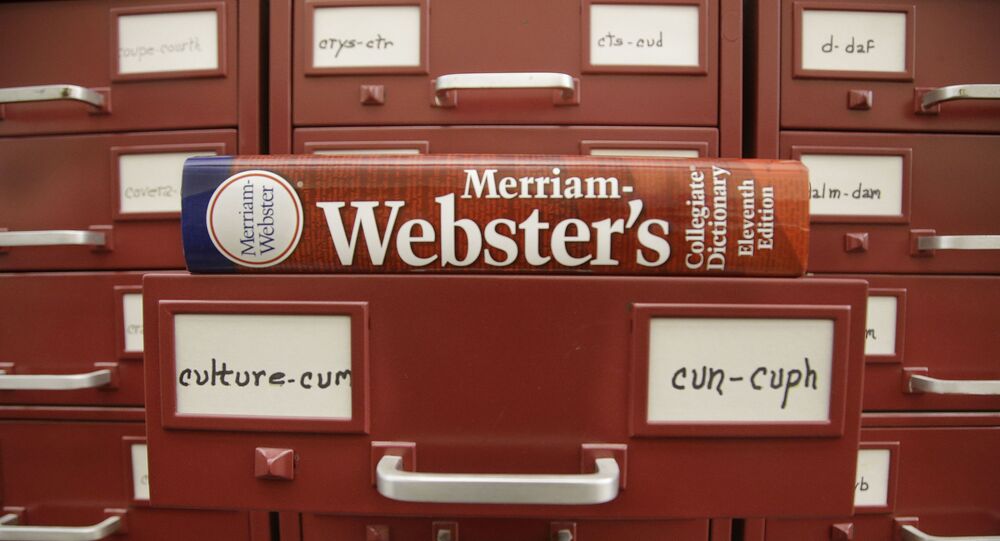 The top searches made on Merriam-Webster’s online dictionary on Wednesday - the same night that US President Donald Trump held a rally in North Carolina - included words like “racism,” “socialism,” “xenophobia” and “bigot,” the publishing company revealed in a tweet.

In order, the company revealed that the top searches list was composed of “racism,” “socialism,” “fascism,” “concentration camp,” “xenophobia” and “bigot.” The day prior, it revealed that searches for the word “condemn” spiked by 3,300%.

​Officials at the dictionary site did not offer further details regarding the searches. However, it has been speculated that the searches are tied to recent news events in which Trump urged four Democratic congresswomen to “go back and help fix the totally broken and crime infested places from which they came.”

On the same night, the US House of Representatives passed a resolution formally condemning Trump’s commentary regarding the politicians as “racist.” The motion passed with a vote of 240 for and 187 against.

Since Trump fired off his initial remarks and with debate ensued over the matter, POTUS has repeatedly rejected the notion that his comments were in any shape or form tied to racism.