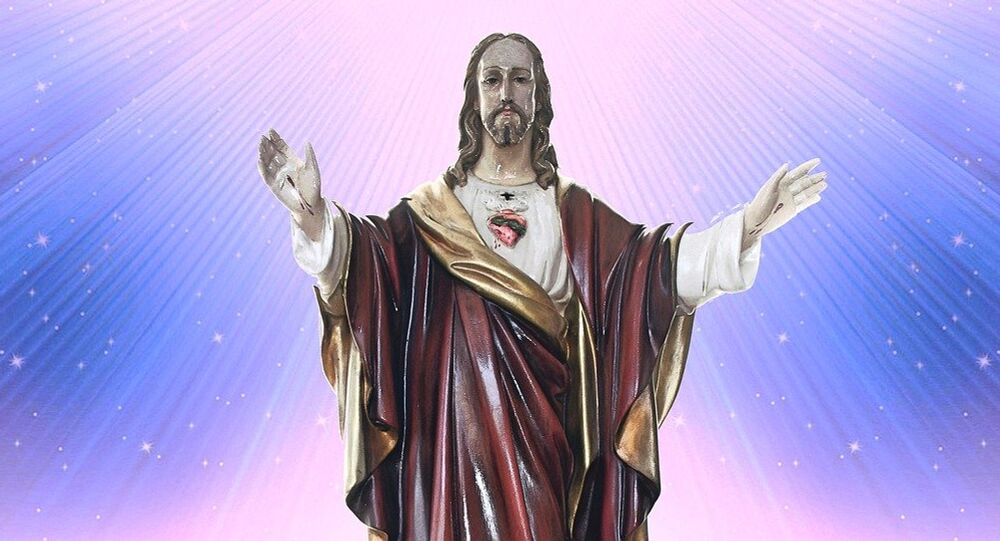 ‘Is That Jesus Christ?’ American Spots Mysterious Figure in the Sky

A human-shaped shadow, captured on video descending over the California town of Burbank before disappearing beyond the horizon, has prompted a local man to suggest that the second coming of Christ is here.

The footage of a strange phenomenon in the twilight sky over Burbank, California has riled up netizens. Local man, called Pablo Morales, spotted a figure that reminded him of Jesus Christ, descending from the sky. On the video, posted online, he is heard telling his family that it looks like the second coming.

“Is that Jesus Christ?” he allegedly asked his relatives.

They followed the strange shadow until it disappeared behind the roofs along the horizon.

After the human-shaped figure vanished, Morales suggested a more down-to-earth version, suggesting it was a bunch of balloons. However, he discovered no traces of them when he went to investigate the alleged landing spot, the website Inside Edition reports. The version that it was a drone has also been excluded, according to the reports, as Morales’ family lives near an airport, so these gadgets are not allowed.

The commenters on YouTube seemed to be in a more sarcastic mood, suggesting Jesus was not an obvious guess.

“It’s Mary Poppins. She lost her umbrella”, one of the commenters posted while another netizen suggested it was nobody other than the Iron Man, who has come back.

Some put their bets on a non-fictional hero, namely “Dr. Phil at his full potential of power”, as one of the YouTubers put it.
Of course, mentioning a UFO was packed in the suggestions.

“Aliens maybe. Some kind of flying object, hell, it can be even superman but not Jesus, he will come but not now”, one of the commenters said.

However, many argued that the descent was staged, using a drone in a costume.