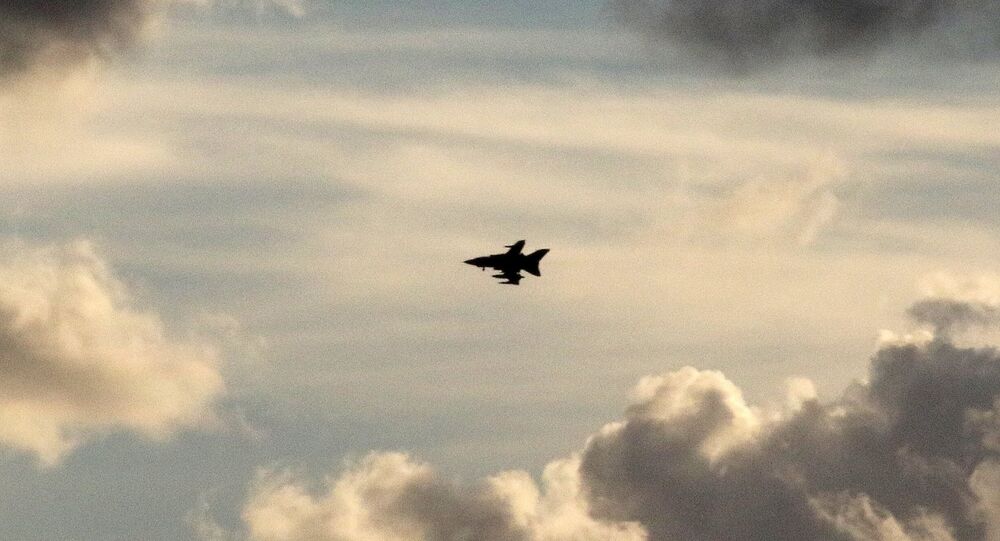 The RAF Typhoon jets were called to intervene following reports of an unruly passenger on board a Jet2 aircraft flying over the Stansted airport, local media said Saturday.

The RAF maneuvers in the airspace over London's airport caused a massive sonic boom, prompting panic among passengers and locals, The Express and BBC reported, citing eyewitnesses.

Call me overdramatic BUT I AM NOT joking when I say I genuinely thought it was the end of the world when my whole house shook... went outside looking for a mushroom cloud 😂😬😳 #stansted #sonicboom #essex #explosion #dunmow #stortford

According to BBC, citing local officials, two Typhoon fighter aircraft were escorting a plane into Stansted because there was a disruptive passenger on board.

Meanwhile, local eyewitnesses and airport passengers who heard a loud explosion and a deafening noise shared on social media flight radar maps showing the flight path of the Typhoon military jets over the Essex and Hertfordshire regions.

Looks like it was a typhoon fighter #Stansted. Jesus that was scary though! 🙄 pic.twitter.com/oaohqU8JAK

I wonder what is going on at Stansted? pic.twitter.com/3piZG1J6A7

Some passengers that were on board of the Jet2 flight also took to Twitter to comment on the incident.

I'm currently on the flight at #LondonStanstedAirport that has caused the disruption. It was a drunken passenger and the military was called in a miscommunication. Everything is fine #stansted

Local police reportedly received numerous calls about the loud explosion. According to local media, a 25-year-old woman was arrested on suspicion of two assaults and endangering an aircraft.

Earlier, media reports claimed, citing the Stansted airport, that the incident occurred with a Ryanair plane however the airport has since confirmed that the unruly passenger was on a Jet2 aircraft.