A gunman who reportedly yelled, "All Jews must die," Saturday assaulted The Tree of Life synagogue in the Squirrel Hill neighborhood of Pittsburgh, killing 11 synagogue visitors and wounding six other people including four police officers, before he was arrested.

The suspect identified as Robert Bowers, 46, was arrested after a shootout with a SWAT team. US Federal prosecutors charged him with multiple criminal counts including violence and firearms offenses, and violating US civil rights laws, Reuters reported Sunday.

"The actions of Robert Bowers represent the worst of humanity. We are dedicating the entire resources of my office to this federal hate crime investigation and prosecution," US attorney for western Pennsylvania Scott Brady told reporters, cited by Reuters.

The US Attorney’s Office for the Western District of Pennsylvania said in a separate statement that the suspected gunman in Pittsburgh had been charged with 29 criminal counts. 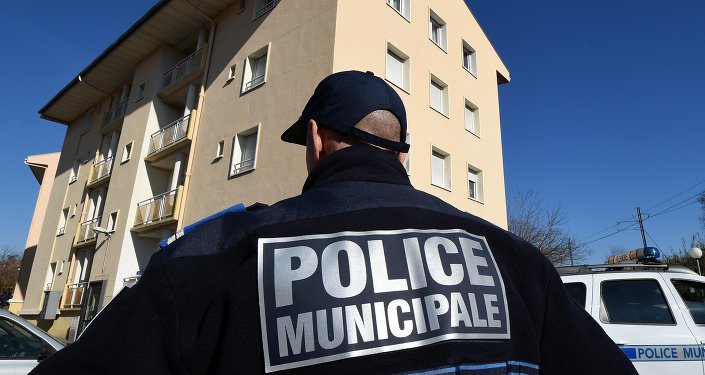 © AFP 2019 / PASCAL GUYOT
France Increases Vigilance at Synagogues in Wake of Pittsburgh Shooting - Report
"On Saturday, October 27, 2018, at 8:05 p.m. [00:05 GMT], U.S. Magistrate Judge Robert C. Mitchell signed a criminal complaint charging Robert Bowers of Baldwin, Pa., with 29 counts setting forth federal crimes of violence and firearms offenses. The crimes of violence are based upon the federal civil rights laws prohibiting hate crimes. The FBI in Pittsburgh is leading the investigation," the statement, attributed to Scott W. Brady, the US attorney for the western district of Pennsylvania, and Robert Jones, the special agent in charge of the Federal Bureau of Investigation, read.

US Attorney General Jeff Sessions said Saturday that the suspect will face charges that may could lead to the death penalty. FBI official Robert Allan Jones said at the briefing on Saturday the suspect was armed with what appeared to be an assault rifle and at least three handguns.

© REUTERS / John Altdorfer
Alleged Pittsburgh Gunman Touted Anti-Semitic Conspiracies Online, Believed Trump Controlled by Jews – Reports
Robert Bowers was taken to a hospital where he was reportedly listed in fair condition with multiple gunshot wounds. Three police officers were reportedly shot and one was injured by shrapnel. Two of the six people injured were in critical condition.

Israeli Prime Minister Benjamin Netanyahu said in a statement late on Saturday that he was "heartbroken and appalled by the murderous attack on a Pittsburgh synagogue" and offered condolences to the families of victims of the attack, expressing solidarity to the Jewish community in the US city. The prime minister was joined by Israeli President Reuven Rivlin and Yuli-Yoel Edelstein, the speaker of the country’s parliament.

US President Donald Trump on Saturday pledged to visit the city of Pittsburgh, but did not provide an exact time for the visit.