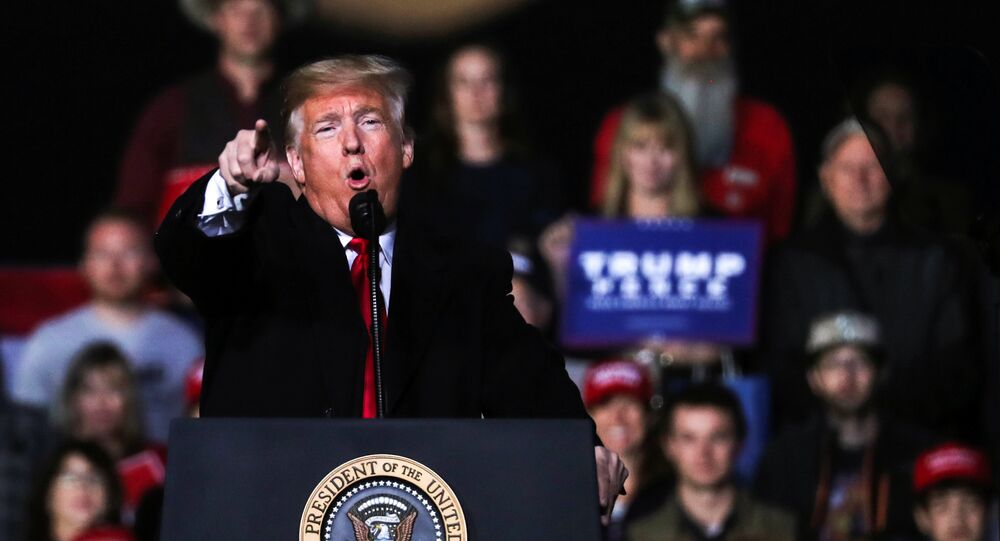 The US president has considered the possibility of introducing the death penalty for crimes similar to the shooting at the Tree of Life Synagogue on Wilkins Avenue in Pittsburgh, Pennsylvania that took place on October 27.

President Donald Trump has suggested making US laws harsher for perpetrators who have committed mass shootings, including introducing the death penalty, Reuters reported.

At the same time, Trump rejected claims that the attack has anything to do with gun-control laws in the US. He expressed the view that the assault might have ended differently if the synagogue had had armed guards inside. According to the news agency, Trump added that having armed security inside places of worship is "certainly an option."

Trump has denounced the hate crimes taking place in the US and has called for a change to the situation. He later added that the shooting "looked like an anti-Semitic crime."

"It's a terrible, terrible thing what's going on with hate in our country frankly, and all over the world. Something has to be done," he said.

At least four people have been killed in a shooting at the Tree of Life Synagogue on Wilkins Avenue in Pittsburgh, Pennsylvania, after a shooter, reportedly armed with AR-15 rifle and a handgun, opened fire while allegedly shouting "all these Jews need to die." The suspected assailant has already been detained by the police. The exact number of casualties remains unknown.