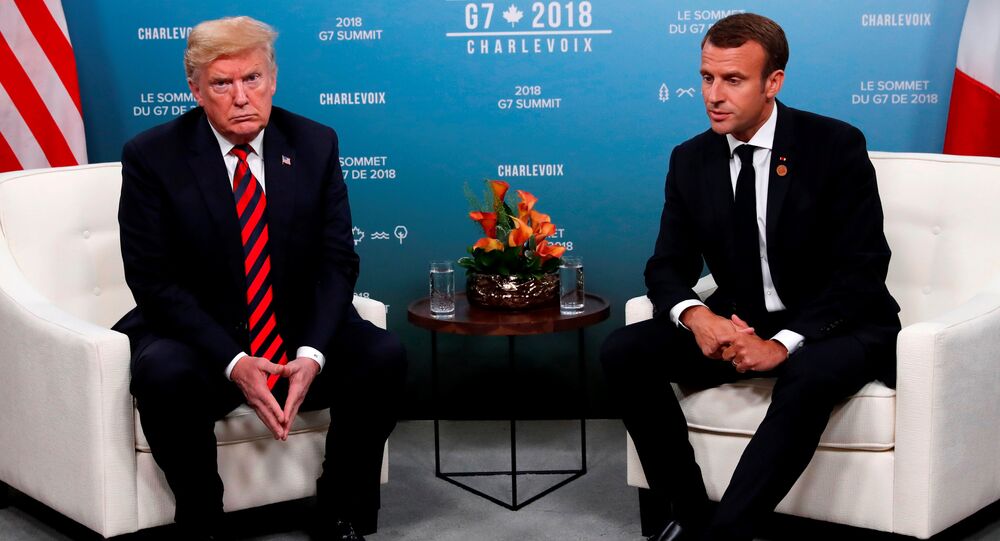 Participants of the G7 meeting reportedly had a hard time restraining themselves when the US President shared his insights on migration and terrorism with the French President, threatened to send the Japanese Prime Minister 25 million Mexicans and slammed the European Commission President during talks in Canada.

A senior EU official summed up his behind-the-scenes experience at the meeting of the leaders of the world’s most powerful developed economies in Canada on June 8-9 by telling the Wall Street Journal:

“A sense of irritation with Mr. Trump could be felt, but everyone tried to be rational and calm."

According to the report, the US President got into debates about trade issues and immigration, and went as far as to reproach Japan’s Prime Minister Shinzo Abe.

"Shinzo, you don’t have this problem, but I can send you 25 million Mexicans and you’ll be out of office very soon," Trump allegedly said Abe.

Attendees were also taken back by what he reportedly told France’s President Emmanuel Macron amid discussions about counter-terrorism and Iran.

"You must know about this Emmanuel because all the terrorists are in Paris," Trump told Macron, according to the WSJ.

The US President also reportedly took aim at European Commission President Jean-Claude Juncker, who criticized Trump for his tariff policy. He called the top European official a "brutal killer" for the way the European Union treats the US tech giants. However, according to the Telegraph, Juncker said that he believes it was meant as a compliment.

The White House and the US president himself, however, have yet to comment on the media report.

At the same time, Donald Trump took to Twitter to blame "Fake News" for exaggerating tensions at the summit, emphasizing that the media "only shows the bad photos."

In light of recent moves by Washington, which had drawn harsh criticism fro other G7 states for imposing higher metal tariffs and pulling out from the Iran deal, a cloud hung over the meeting in Canada.

© AP Photo / Jesco Denzel
Trump G7 Photo Triggers Meme Explosion in China
Following the summit, the American president attacked the closest US allies, Canada and the European countries, accusing them of attempting "to take advantage" of the US and criticizing their unwillingness to fulfill their financial obligations within NATO. In his turn, the host of the meeting, Canadian Prime Minister Justin Trudeau got into a Twitter and media feud with Trump for his stance on the trade issues, while German Chancellor Angela Merkel described the summit as complicated and disappointing.