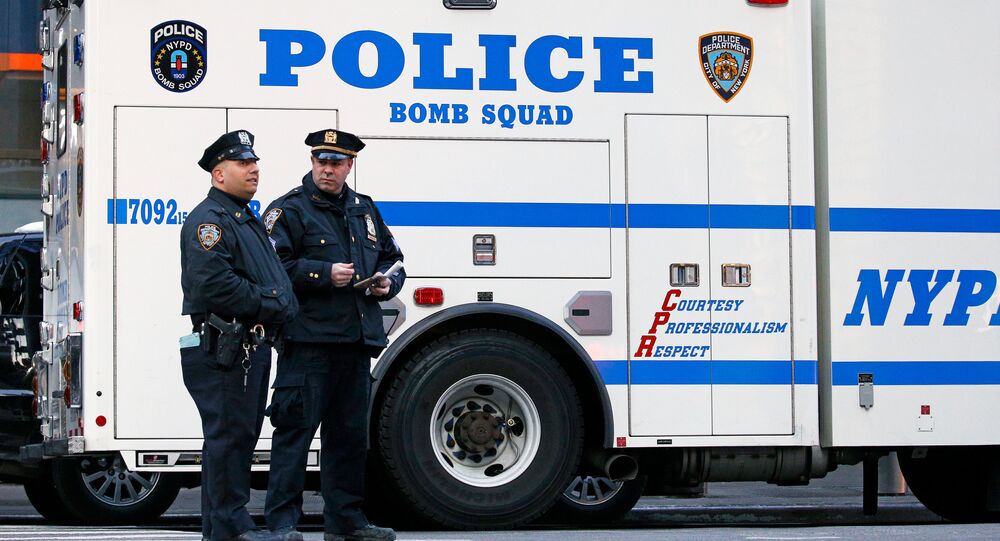 According to the New York City mayor, authorities believe that the suspect in the Manhattan explosion acted alone, however, an investigation into the attack is currently underway.

NYPD Police Commissioner James O'Neill has announced that the suspect in the Manhattan attack has been identified as Akayed Ullah, 27.

At a joint press conference with police representatives and the New York governor, NYC Mayor Bill De Blasio said that authorities believe that the suspect in the Manhattan explosion acted alone, however, an investigation into the attack is currently underway.

"This was an attempted terrorist attack," De Blasio has stated.

The suspect, who is currently in custody, "made statements" to investigators indicating that the attack had been carried out in the name of the Daesh terrorist group, but "the question is did he claim connection to ISIS," the NYC police commissioner said.

When asked later in the day whether the perpetrator was inspired by or affiliated with any terrorist groups, including Daesh, New York Governor Andrew Cuomo told CNN that "I would say that [the suspect was] influenced by these groups."

According to the Deputy Commissioner for Counterterrorism and Intelligence John Miller, "the device is based on a pipe bomb. It was affixed to this person with a combination of velcro and zip ties."

The suspect in the attack has been injured with burns and lacerations, while three others have sustained minor wounds, the police said.

At the same time, the governor of New York said that the explosion at the transit hub was carried out using a low-tech device.

"There are also no credible and specific threats against New York City at this time," De Blasio told reporters on Monday.

“There are no known additional incidents or activities…You will see additional NYPD presence throughout the city,” @NYCMayor now. #PortAuthority pic.twitter.com/spYuKrf9Tu

New York police have "prevented a significant number of attacks," authorities have said.

According to police, the pipe bomb explosion inside the New York City subway happened in an underground passageway between Seventh and Eighth Avenues on 42nd Street.

US Department of Homeland Security (DHS) spokesman Tyler Houlton said in a statement on Monday that the perpetrator of the New York subway attack is a lawful US resident, who came from Bangladesh.

"[DHS] can confirm that the suspect was admitted to the United States after presenting a passport displaying an F43 family immigrant visa in 2011," Houlton said on Twitter. "The suspect is a Lawful Permanent Resident from Bangladesh who benefited from extended family chain migration."

Akayed Ullah had no criminal record in Bangladesh and last visited his home country in September, Bangladesh's police chief told Reuters, detailing that the information was based on his passport number.

US President Donald Trump has been briefed on the attack, however, he hasn't yet commented on the incident.

A NYPD official has revealed to NBC that the investigation into the attack was led by the FBI Joint Terrorism Task Force.

The explosion took place more than a month after the Halloween truck attack in Manhattan, which left eight people killed becoming the first deadly terror attack in New York since 9/11.