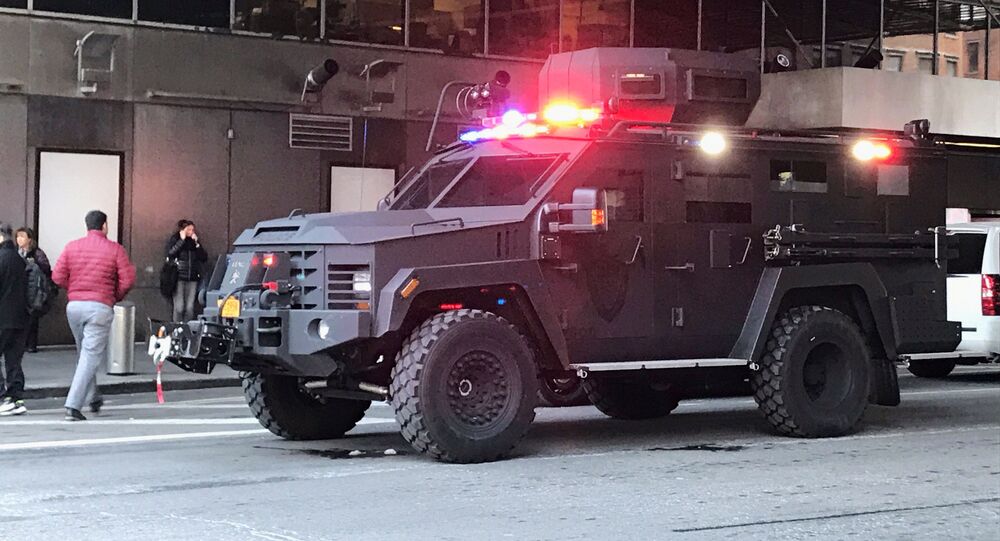 Local media have started circulating a picture of a suspect, apparently injured, after an explosion hit Manhattan on Monday morning.

The Manhattan attacker has been identified as Akayed Ullah, 27, according to NYPD Police Commissioner James O'Neill. The police said they had detained the suspect in the Manhattan blast, which left at least four people wounded, the New York Fire department was quoted as saying. Ullah allegedly "made statements" that the attack had been carried out in the name of Daesh.

PICTURED: suspected bomber being wheeled onto a ambulance after the explosion pic.twitter.com/U9PZsECchL

"All injuries are non-life-threatening," the police said.

According to MSNBC, the suspect is said to be in his 20s, possibly from Bangladesh. They alleged that he may have been living in the US for seven years and supposedly set the device off, referencing Daesh.

Akayed Ullah had no criminal record in Bangladesh and last visited his home country in September, Bangladesh's police chief told Reuters, detailing that the information was based on his passport number.

The explosion took place on Monday morning at a bus terminal in Manhattan near Times Square.