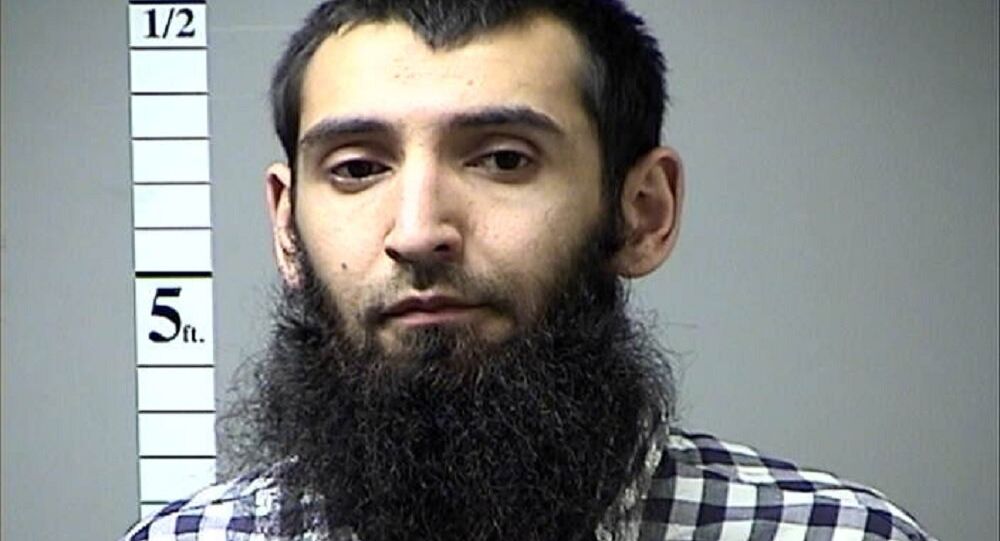 The identity of the suspect in the Manhattan attack has been confirmed earlier in the day as Sayfullo Saipov, 29, an Uzbek national.

Saipov reportedly bragged to police about the attack he carried out in the name of Daesh terror group and said he is pleased with the attack and would have continued to drive into more pedestrians if he had not crashed into the school bus.

The NYPD said earlier in the day the Uzbek national had prepared the attack for weeks, adding that police have found notes in the vehicle of the suspected attacker in Arabic that allegedly said that Daesh "will endure forever."

According to Andrew Cuomo, governor of New York state, the suspect, who came to the US in 2010, was "radicalized domestically."

© REUTERS / Brendan McDermid
New York Truck Attack Victims: Who Were the Eight People Slain
It was earlier reported that eyewitnesses told the police that upon stepping out of the truck, Saipov yelled "Allahu Akbar," Arabic for "God is Great." He also left a handwritten note in the truck used to commit the attack pledging allegiance to Daesh, according to multiple published reports citing senior law enforcement officials.

The truck-ramming attack in Manhattan that has claimed the lives of eight people, most of them foreigners is the deadliest act of terror in New York since the 9/11 attacks in 2001.