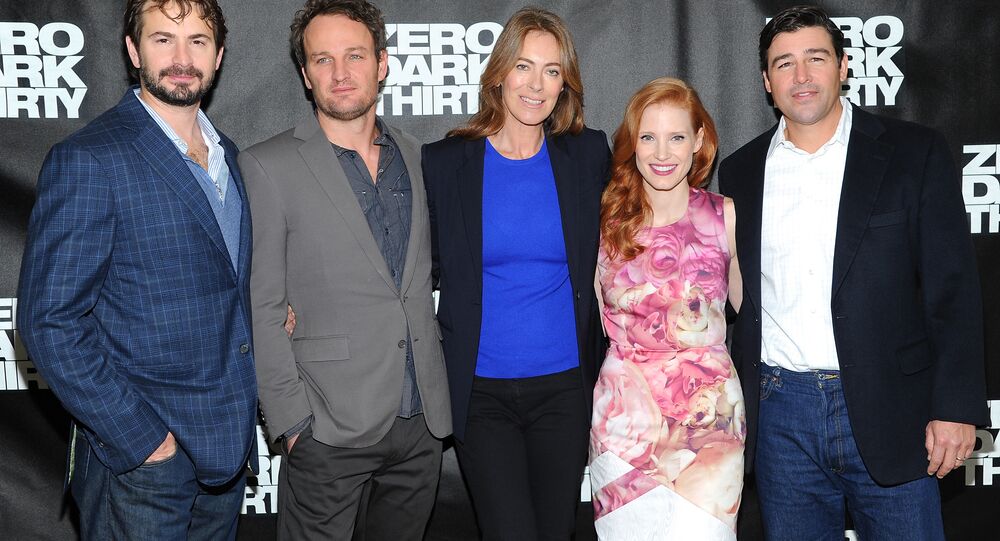 The Oscar-winning film "Zero Dark Thirty" has seen its share of controversy. One of the principal questions driving it: how did the filmmakers get such unfettered access to CIA officials? The answer: by bribing them with expensive liquor, steak dinners, and knockoff jewelry.

In 2012, Senator Diane Feinstein, chair of the Senate Intelligence Committee, wrote a letter of strong criticism to Sony Pictures.

"We believe the film is grossly inaccurate and misleading in its suggestions that torture resulted in information that led to the location of Usama bin Laden," she wrote.

Feinstein’s concerns appeared justified after memos surfaced that proved the CIA’s active role in having the film produced.

But while the CIA was inarguably working to ensure that its version of events made its way into the script, new documents obtained by Vice News show that CIA officials were also starstruck at the opportunity to work with Hollywood – and competed amongst themselves for the perks.

"The [bin Laden] operation team provided the filmmakers background on the intelligence portions of the [bin Laden] raid," reads a CIA ethics report obtained by Vice.

This information was gained through meetings between director Kathryn Bigelow and screenwriter Mark Boal with at least 10 CIA officials. Initially, these appointments were held at agency headquarters in Langley, Virginia, but were later moved to hotel suites to "minimize the talk and avoid jealousy."

"Jealousy in [the counterterrorism center] over who was getting 'face time' with the filmmakers led the [Office of Public Affairs] to move some meetings off campus," the report reads.

Those off-campus meetings likely did little to help with peer envy. Away from the prying eyes of ethics officials, Bigelow and Boal were free to host expensive dinners. One CIA officer reportedly met Boal in an upscale restaurant in DC, where Boal picked up the tab.

But the filmmakers also offered surprising gifts to the officials. During a meeting in California, Boal allegedly gave one officer a bottle of Tequila which he claimed was worth “several hundred dollars.”

In another instance, Bigelow gave an officer a set of "black Tahitian pearl earrings."

All of this, unsurprisingly, resulted in a US Justice Department investigation which could have led to criminal charges against Bigelow and Boal. Nothing came of that investigation, but an appraisal did uncover just how worthless those earrings were.

“The jeweler offered his professional opinion that the earrings were not worth a formal appraisal, citing the pearls were painted, not genuine black pearls, and that the posts were not platinum,” reads the inspector general’s report, according to Vice.

"The jeweler said the appraisal would cost more than the earrings."

With both sides playing each other for their own benefit, it’s hard to say who came out on top. For Bigelow and Boal, "Zero Dark Thirty" made over $130 million dollars and was nominated for Best Picture at the Academy Awards.

As for the CIA? Their role in manipulating the film’s message has been well-documented, their reputation harmed, and all they’ve got to show for it is one $200 bottle of liquor.