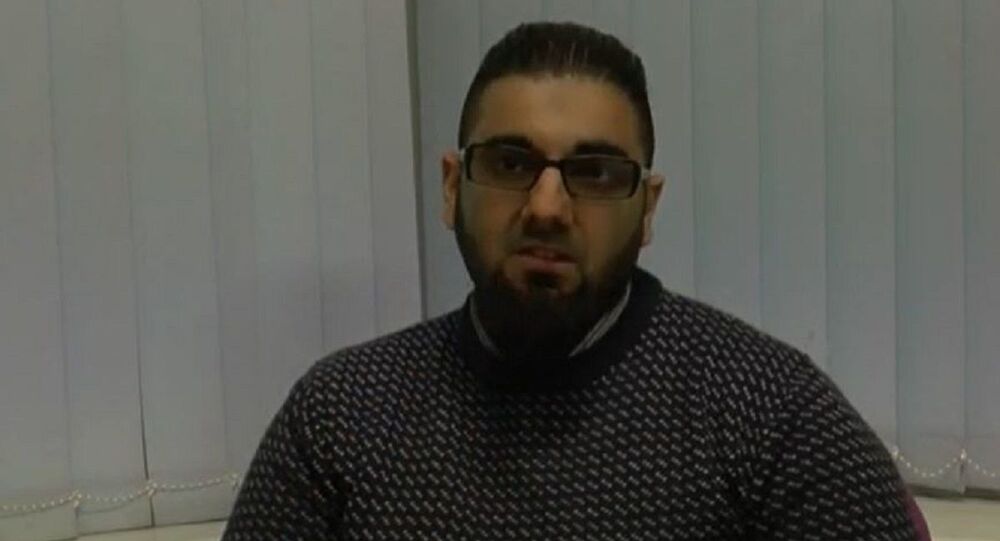 How Many More Times Will Terrorists Like Usman Khan be Freed to Carry Out More Atrocities?

Convicted terrorist Usman Khan was attending a prisoner rehabilitation workshop near London Bridge in November 2019 when he fatally stabbed two people and injured three others. Khan, who was wearing a fake suicide vest, was then gunned down by police.

An inquest jury has recorded a verdict of unlawful deaths on two prisoner rehabilitation workers who were murdered by a convicted terrorist during an event at the Fishmongers’ Hall in London on 29 November 2019.

The jury also found there had been "unacceptable" failings by state agencies which contributed to the deaths of Jack Merritt, 25, and Saskia Jones, 23.

The pair suffered fatal injuries when Usman Khan, who had strapped two knives to his hands in a toilet cubicle, suddenly launched an attack out of the blue during the informal event hosted by the charity Learning Together.

On 2 February 2020 Sudesh Amman, 20, stole a knife from a shop in Streatham, south London, and began stabbing people in the street. Amman, who was wearing a fake suicide vest, was killed by an armed police response team.

Amman served only half of a sentence of three years and four months for possessing  information useful to a terrorist, including knife fighting manuals, and disseminating terrorist publications.

BREAKING: Jury in the inquests of Jack Merritt and Saskia Jones find that "unacceptable" failings by state agencies contributed to their unlawful killing in the 2019 Fishmongers Hall terrorism attack.

​The nine were convicted of plotting to place a pipe bomb in the London Stock Exchange.

Khan was originally given an indeterminate prison sentence under Imprisonment for Public Protection (IPP) legislation but this was changed to one of 16 years, from which he was freed in 2018 after serving half.

After his release on Christmas Eve 2018 Khan moved into a bail hostel in Stafford, north of Birmingham, and in the summer of 2019 he found his own flat in the town.

He could not get a job and spent most of his time alone in the flat, meeting his family once a week.

Khan's mother Parveen Begum hired a lawyer, Jude Bunting, to represent her at the inquest and, in a written submission, he pointed out: "There is no evidence on which the jury could fairly or safely conclude that any act or omission on the part of the family of Usman Khan caused or contributed to the tragic deaths of Jack Merritt and Saskia Jones."

Khan's brother said Usman never spoke about his conviction, beyond saying "he had been a silly boy and had been young."

His brother said he knew Usman was going to an event in London but assumed he would be escorted by the police and “would be back.”

Mr Bunting added: “It was not suggested that (Khan’s brother) or any other family member knew of the intelligence about Usman Khan, his various risk assessments in prison, or the ongoing investigation into Usman Khan by various police forces and/or MI5.”

A senior MI5 officer, identified only as Witness A, told the inquest they believed Khan still had an “extremist mindset” and treated him as a “subject of interest (SOI)” but because they saw no evidence of him re-engaging online or in person with other jihadists they assumed he was no longer a threat and were preparing to close the file on him in November 2019.

© Photo : Metropolitan Police
Usman Khan is pictured collecting his brunch buffet as Jack Merritt, one of his victims, waits behind him in the queue

Witness A said they raised no objections when they heard he was coming to London for the Learning Together event, despite having earlier advised the multi-agency team handling Khan that he should not do a course in driving refuse trucks in case he learned how to use such a vehicle in a terrorist attack.

Witness A was also questioned about why they had not given Khan an escort or at least monitored him and made sure there was security at the venue.

Instead Khan was allowed to travel by rail from Stafford to London and while on the train he put on the fake suicide vest.

When he arrived at the venue he kept his coat on inside and his rucksack, which contained several large knives, was not searched or put through a metal detector.

So when Khan went to the toilet, took the knives out of his bag and taped them onto his wrists and then began attacking people it came completely out of the blue.

Witness A also said an internal review had cleared MI5 of any culpability.

She said: "The post-attack review concluded that MI5 could not have taken any other actions or made any decisions which would have materially changed the outcome of this case. Furthermore, the conclusion was reached that the investigative and operational decisions taken by MI5 in this case were sound."

Next month an inquest will open into Khan’s death and later this year another inquest will examine the events around the shooting of Sudesh Amman, who was gunned down after attacking strangers at random in Streatham.

Ironically it was Judge Mark Lucraft QC - who was to oversee Usman Khan's inquest - who sentenced Amman in December 2018.

In his sentencing remarks Judge Lucraft said: "In terms of mindset, your interest in Islamic extremism and Daesh appears to be more than just an immature fascination. It seems to me on the material here that you are someone with sincerely held and concerning ideological beliefs that motivate you to collect and disseminate material of the type here."

© AP Photo / File
In this file photo, Islamic State group militants hold up their flag as they patrol in a commandeered Iraqi military vehicle in Fallujah, 40 miles (65 kilometers) west of Baghdad, Iraq

He went on: "You speak about preferring a knife attack to the use of bombs and ask about having a knife delivered to her address. You speak about ISIS* being the best thing to happen to Islam...In the notebook found in the search where you made notes about explosives and detonators you also note ‘goals in life’ that include a desire to die as a martyr and to go to paradise."

Despite those remarks, Amman was released from prison a little more than a year later, on 23 January 2020, and was staying in a bail hostel at the time of the attack on 2 February 2020.

He was under a curfew and had to wear a GPS tag, had surrendered his passport and had restrictions imposed on his internet use.

But none of that stopped him from walking into a shop, stealing a knife and trying to kill innocent civilians.

Last month Mohammed Tahir, 19, from Peterborough, Muhammed Saeed, 23, from Manchester, and Mohamed Ismail, 23, north London, were jailed for a combined total of 14 years after pleading guilty to terrorist offences.

Tahir, Saeed and Ismail had never met each other but between August and December 2019 they spoke to each other on internet chat groups and sent messages which showed their "Islamic extremist mindsets."

© Photo : Metropolitan Police
(Left to right) Mohammed Tahir, Muhammed Saeed, and Mohamed Ismail, who were jailed for terrorist offences in May 2021

Tahir and Saeed were jailed for five years each and Ismail for four years.

The Home Secretary, Priti Patel, is in the process of pushing through legislation which would ensure criminals, including terrorists, would serve at least two-thirds of their sentences before they could be released.

But the Usman Khan and Sudesh Amman cases suggest that may not be enough to stop released terrorists committing atrocities.

Who knows if Tahir, Saeed or Ismail will be making headlines for all the wrong reasons in 2026?

* Al-Qaeda and ISIS, or Daesh, are terrorist groups which are banned in many countries, including Russia.