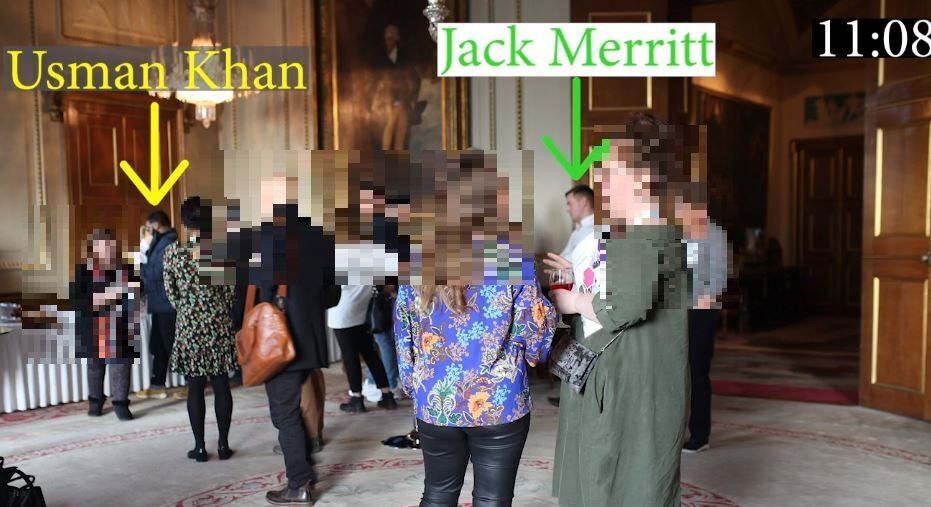 On 29 November 2019 two people were stabbed to death and three were injured when a convicted terrorist ran amok in central London. Usman Khan was attending a prisoner rehabilitation workshop at Fishmongers’ Hall, near London Bridge.

A retired judge has told an inquest how he heard "angry and confused" shouts from men and then hysterical female screams from downstairs at the Fishmongers’ Hall in central London as Usman Khan began his attack in November 2019.

Khan, 28, began stabbing people inside the Fishmongers’ Hall at the north end of London Bridge during a break in an event being hosted by prisoner rehabilitation charity Learning Together.

John Samuels, a former judge who had been attending the event because of his long-standing interest in penal reform, said Learning Together - the charity which victims Jack Merritt and Saskia Jones were working for - was doing “pioneering work” for former prisoners.

Mr Samuels said he looked over the balcony and saw a woman collapsed on the stairs and covered in blood and saw Dr Amy Ludlow, co-founder of Learning Together, calling 999 and screaming “police, ambulance, now”. He said he knew Dr Ludlow was pregnant at the time and was concerned for her.

Khan, who was convicted of a terrorism offence in 2012 but freed in 2018, fatally injured Jack Merritt, 25, and Saskia Jones, 23, and was then shot dead by police officers.

Khan was confronted by John Crilly, a former prisoner, and several other men who chased him outside armed with a fire extinguisher and two narwhal tusks which had been yanked off the wall.

The attacker was wearing a fake suicide vest which armed officers who arrived at the scene thought was a “viable IED (improvised explosive device).”

Khan was sentenced to an indeterminate sentence for public protection with a minimum term of eight years after admitting preparing terrorist acts but in December 2018 he was released from prison and sent to live in Stafford.

He took part in a government "desistance and disengagement programme" but did not reveal that he still harboured jihadist thoughts.

The inquest, which is expected to hear evidence about why Khan was not seen as a security risk when he was invited to the workshop in central London, is expected to last up to nine weeks.