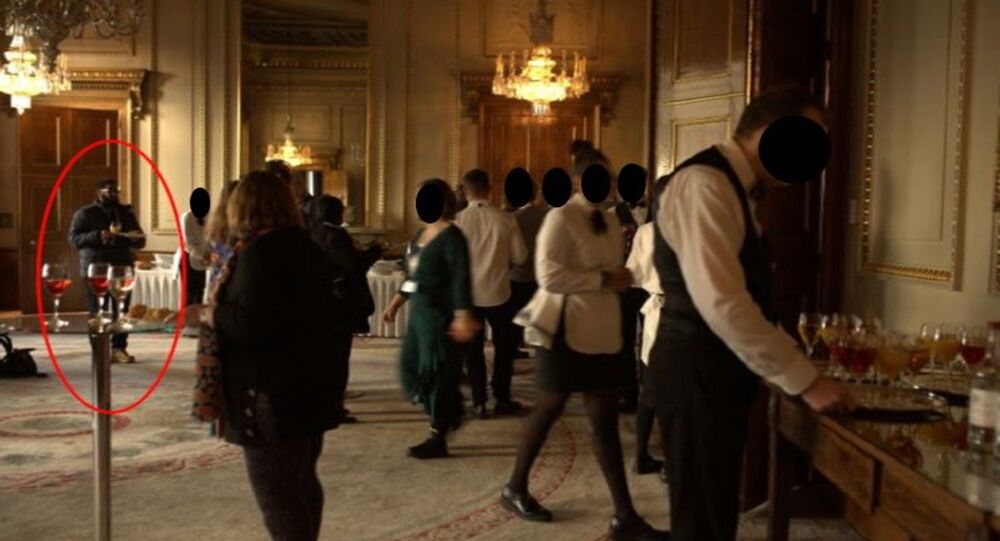 On 29 November 2019 two people were stabbed to death and three were injured when a convicted terrorist ran amok in central London. Usman Khan was attending a prisoner rehabilitation workshop at Fishmongers’ Hall, near London Bridge.

A woman has told the Fishmongers’ Hall inquest how she was stabbed by Usman Khan moments after he inflicted fatal injuries on Jack Merritt and Saskia Jones.

Isobel Rowbotham, known as Izzy, was attending an event hosted by Learning Together, a prison rehabilitation charity linked to Cambridge University in November 2019 when Khan, 28, suddenly began attacking people with two kitchen knives which were strapped to his wrists with tape.

© Photo : Metropolitan Police
Usman Khan listens to a speaker at the workshop shortly before he launched his attack

"We didn’t necessarily know what was going on but he was shouting that he had been stabbed and it took a while to register. He had obviously been injured and there was a lot of blood everywhere," she said.

Ms Rowbotham said she then saw Khan coming towards her armed with two large kitchen knives.

She said “no” and tried to protect herself.

"He was stabbing me. It felt like punches…It’s a little bit fuzzy. His final stab was in my neck and I felt like it was intended to finish me (off)," said Ms Rowbotham.

Ms Rowbotham told the inquest she "decided to lie on the floor and play dead in case he came back again" and added: "I tried to slow down my breathing and my bloodflow."

After Khan left Ms Rowbotham was taken to hospital but survived her injuries, as did another woman, Stephanie Szczotko.

© Photo : Metropolitan Police
Usman Khan (bottom left) arrives at Fishmongers' Hall at the start of the day. John Crilly (top left) would later tackle him with a fire extinguisher

Earlier Ama Otchere, the housekeeping supervisor at Fishmongers’ Hall, told the inquest how she narrowly avoided being attacked by Khan as he emerged from the men’s toilets after stabbing Mr Merritt.

Ms Otchere said she backed away from Khan as he held up the knives and recited from the Koran in Arabic.

She said as she backed away towards the cloakroom he suddenly lurched towards Saskia Jones and stabbed her once in the neck area. Ms Otchere said she turned and ran from him.

Khan, who had been released from prison in 2018 after serving eight years for a terrorist offence, attacked people inside the Fishmongers’ Hall at the north end of London Bridge during a break in an event being hosted by Learning Together.

© Photo : Metropolitan Police
Jack Merritt walking back into the Fishmongers' Hall moments before he was killed

He inflicted fatal injuries on Mr Merritt, 25, and Ms Jones, 23, he was confronted by John Crilly, a former prisoner, and several other men who chased him with a fire extinguisher and two narwhal tusks which had been yanked off the wall.

Khan, who was wearing a fake suicide vest which armed officers who arrived at the scene thought was a “viable IED (improvised explosive device)”, was gunned down by police.

After he was released from prison in December 2018 he went to live in Stafford.

The inquest, which is expected to hear evidence about why Khan was not seen as a security risk when he was invited to the workshop in central London, is expected to last up to nine weeks.

*A terrorist organisation banned in Russia and many other countries