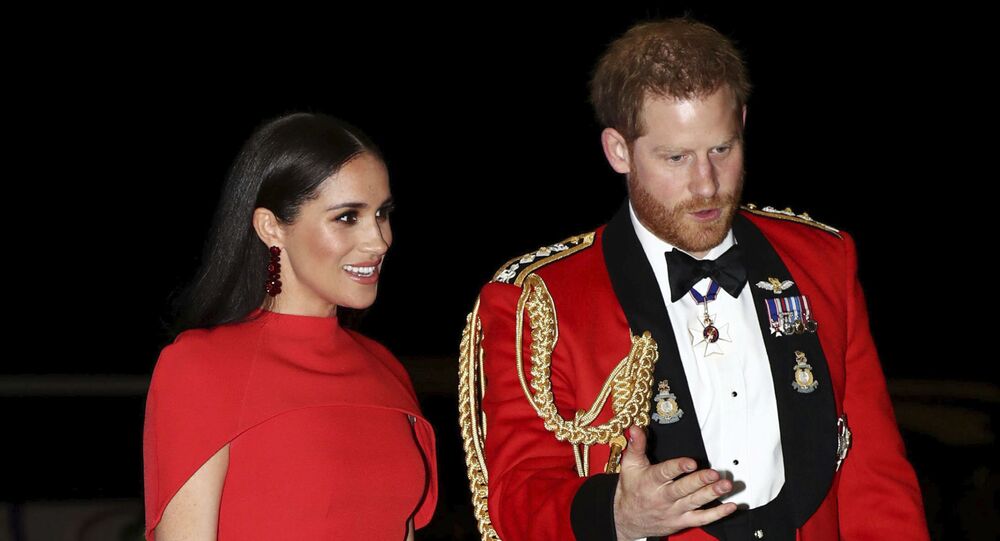 Ex-senior royals Prince Harry and Meghan have made their life comfortable in the United States, securing lucrative deals with Netflix and Spotify and now expecting the birth of their second child. The two are not craving a return to their public royal duties in the near future, sources claim.

The Duke and Duchess of Sussex will lose all their royal patronages, as Prince Harry is also expected to be stripped of his three honorary military titles currently on hold one year after the couple’s departure from Buckingham Palace, the Daily Mail stated.

Prince Harry is also expected to be asked to step down as a patron of the Rugby Football Union, Rugby Football League and the London Marathon, but will be able to keep his private patronage over Invictus Games, which he launched back in 2014 to help wounded army personnel take part in a multi-sport event.

His 39-year-old wife Meghan will then lose her patronage with the National Theatre which she took over from the Queen in 2019, who held the position for 45 years.

The Daily Mail expects that the announcement of the loss of patronages and titles could be made in the coming weeks, possibly prior to 31 March, when a one-year review of the Megxit agreement concludes.

Prince Harry’s friends believe that the Duke of Sussex, who had been deployed to Afghanistan during his military career several times, will not be willing to let his military appointments go easily.

In February, he settled a libel suit against the publishers of The Mail on Sunday and MailOnline following articles claiming that he had completely lost touch with the Royal Marines following his departure from the United Kingdom.

The news comes after an announcement that the Sussexes will soon appear in a “tell-all” CBS interview with talk show star Oprah Winfrey.

The 90-minute programme, which has apparently been already recorded, will feature the couple’s first interview since their infamous departure from the United Kingdom in March last year.

During the show, it is expected that Meghan Markle will be the first one to talk about their decision to step down as working royals, her marriage, philanthropic work and motherhood. She then will be joined by her husband to discuss in length their departure for North America last year and talk about the upcoming addition to their family, as they announced on Saint Valentine’s Day that they are expecting their second child.

The show, titled “'Oprah With Meghan And Harry: A CBS Primetime Special', will be released on 7 March. It is not believed that the Buckingham Palace’s reported decision to strip the couple of their royal patronages is anyhow connected to the upcoming interview.