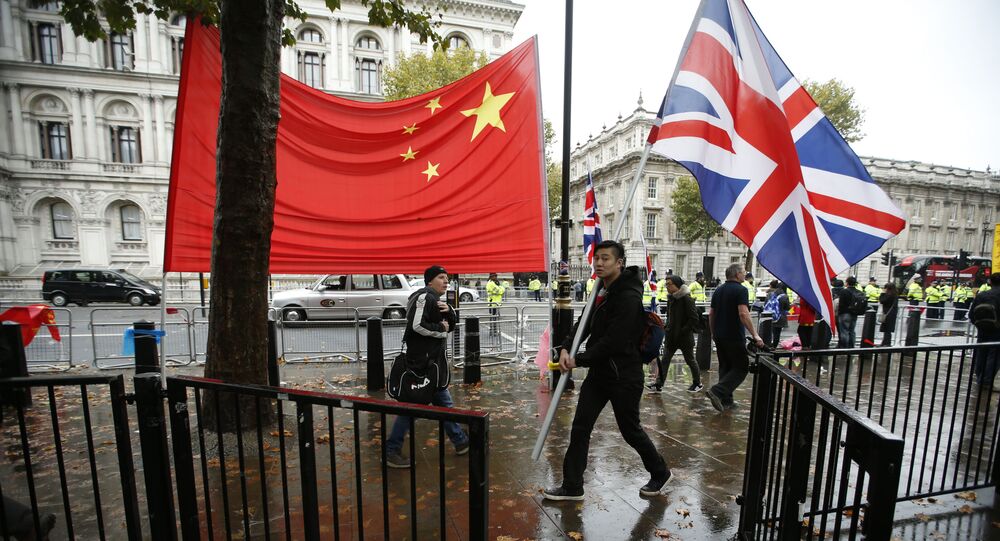 China's Ambassador to the UK Liu Xiaoming has slammed Britain's "accusations" against a newly-adopted national security law for Hong Kong and during a Wednesday meeting with UK Foreign Office permanent undersecretary, Sir Simon McDonald, expressed Beijing's "grave concern and strong opposition" to the UK interfering in its internal affairs, the embassy said in a press release on Thursday.

"On July 1st, Ambassador Liu Xiaoming met with Sir Simon McDonald, Permanent Undersecretary to the Foreign and Commonwealth Office. During the meeting, Ambassador Liu categorically rejected the unwarranted accusations of the UK side against the national security law for Hong Kong SAR and stated China's solemn position regarding the wrong remarks and deeds of the UK side", the press release read.

The Chinese diplomat made clear that remarks by British officials on the Hong Kong SAR law are viewed by Beijing as "irresponsible and unwarranted" and represent a "gross interference in China’s internal affairs".

Xiaoming urged the UK government to "immediately stop interfering in Hong Kong affairs, which are the internal affairs of China".

"The recent remarks by the UK side on the national security law for Hong Kong SAR are irresponsible and unwarranted. They represent a gross interference in China's internal affairs and run counter to the important principles of mutual respect for sovereignty and territorial integrity and non-interference in each other's internal affairs endorsed by the UN Charter and the Joint Communiqué of the UK and China on exchange of ambassadors", the embassy said.

Xiaoming argued that it's the responsibility of the central government of any country to "uphold" its national security, adding that the law concerning Hong Kong was "necessary and reasonable" to "end the chaos and restore order" in the autonomous city.

The ambassador highlighted that the "core content of the Sino-British Joint Declaration" was to ensure that Hong Kong returns to China and that the UK would have no responsibility over Hong Kong after its handover to Beijing.

"The UK has no sovereignty, jurisdiction, or right of ‘supervision’ over Hong Kong after the handover. Hong Kong is a special administrative region of China. Its affairs are purely China's internal affairs and brook no external interference. China remains unwavering in its determination to safeguard its national sovereignty, security, and development interests", the release stated.

In response to the adoption of the new law, Johnson offered UK citizenship rights for nearly 3 million British Nationals Overseas (BNO) in Hong Kong and their immediate families. The move would provide them with the right to live in the UK for five years and then apply for settled status and citizenship.