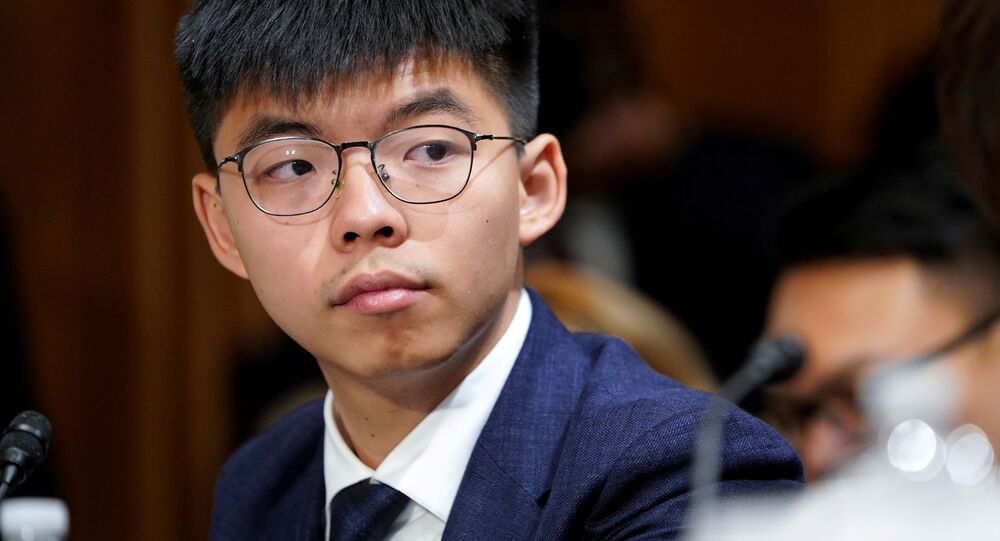 A National Security Law introduced by Beijing in Hong Kong has been met with widespread condemnation by foreign governments including the United States and the United Kingdom. The opposition groups, who have made repeated overtures for funding from external powers, have coincidentally collapsed as the legislation comes in.

"After much internal deliberation, we have decided to disband and cease all operation as a group given the circumstances", Demosisto said on Twitter.

This morning we received and accepted the departure of @joshuawongcf, @nathanlawkc, @jeffreychngo and @chowtingagnes. After much internal deliberation, we have decided to disband and cease all operation as a group given the circumstances. pic.twitter.com/2kmg0ltniO

​The announcement follows revelations by four of the party's top members including Joshua Wong, Nathan Law, Jeffrey Ngo, and Agnes Chow, that they would be stepping down from their involvement with the group.

I hereby declare withdrawing from Demosisto...

If my voice will not be heard soon, I hope that the international community will continue to speak up for Hong Kong and step up concrete efforts to defend our last bit of freedom. pic.twitter.com/BIGD5tgriF

​Wong, who has previously been arrested for unlawful assembly, has said he plans to run for office in September of this year. He has made prior demands for international sanctions to be placed on China by the United States after meeting with key US-lawmakers such as Marco Rubio, Hillary Clinton, and Nancy Pelosi.

Demosisto was set up amid a wave of student-led protests in 2014 in opposition to legislative reforms and later, against an extradition bill proposed to allow criminals in Hong Kong to be trialed in mainland China.

The National Security Bill which was officially introduced on Tuesday is designed to reinforce the 1 country 2 systems arrangement which has been in place since the return of Hong Kong to China in 1997.

Hong Kong anti-Beijing activists claim that the bill is being used to quash the opposition movement and undermine the autonomy of the business hub, while the Chinese authorities have claimed that it established legislation that has been accepted since the handover.

Reaffirming the Basic Law of 1997, the bill explicitly outlaws secession, sedition, subversion of state power, terrorism, gives China's state security agencies the power to work in the Special Administrative Region, and prohibits political organizations or bodies of the region from "establishing ties with foreign political organizations or bodies".

The NED has also explicitly given support to Demosisto in the past, organising an event in 2019 which included Nathan Law as a key speaker.