US President Donald Trump signed an executive order formally recognising Israel's sovereignty over the Golan Heights after a meeting with Israeli Prime Minister Benjamin Netanyahu at the White House.

The Golan Heights was seized by Israel from Syria during the Six-Day War in 1967. In 2018, the UN General Assembly adopted a resolution urging Israel to immediately withdraw its forces from the Golan Heights after the country organised local elections in the area on 30 October. 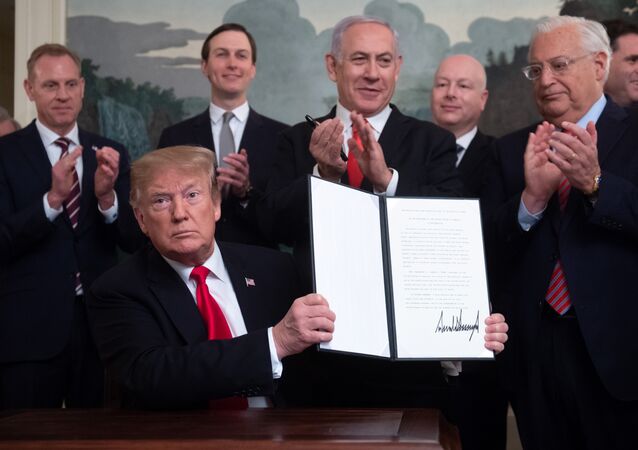 Stay Home, Pet Your Cat! Cute Feline Participants of 'Kitties Against Coronavirus' Online Conference
General Motormouth
Deal of the Century: What is Trump's Plan for Israel and the Palestinians?
Ok
Ok
Do you have a Sputniknews.com account?
YesNo