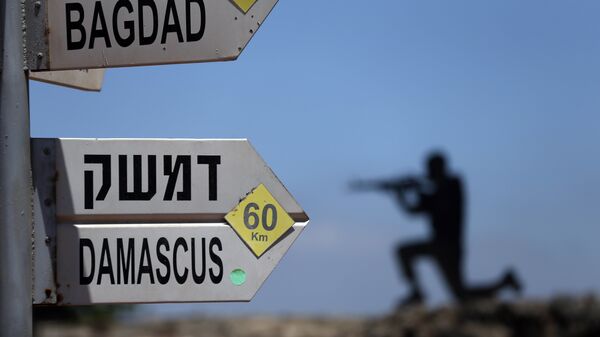 MOSCOW (Sputnik) - The European Union has not changed its position regarding the Golan Heights and does not recognize Israeli sovereignty over the occupied territory, Maja Kocijancic, the spokesperson for EU diplomatic service, said in a statement on Wednesday.

The US move, which is widely regarded as beneficial not only for Israel but personally for Netanyahu, who is running in the April 9 parliamentary elections, has already been condemned by Russia, Syria, Iran, Turkey and other countries. US major allies, such as France, Germany and the United Kingdom, have similarly refused to back the US U-turn on the Golan, which runs against the UN Security Council resolutions.

Israel Plans to Triple Golan Heights Population to Form Jewish Majority - Mayor
The Golan Heights, a strategically important area due to its water resources among other reasons, has been mostly under Israel's control since the country seized the area during the 1967 Six-Day War. When Israel adopted a law that effectively annexed the territory back in 1981, the United Nations unanimously declared that it was "null and void and without international legal effect."

In 2018, the UN General Assembly adopted a resolution urging Israel to immediately withdraw its forces from the area after the country organized local elections in the area on October 30.