Tensions Running High Between Iran, UK and US Amid Series of Tanker Seizure Incidents

Tensions between Iran, the United Kingdom and the United States have flared up since 13 June, when two US oil tankers were attacked in the vicinity of the Strait of Hormuz. Washington pinned the blame on Iran for the incident, while Tehran vehemently denied its involvement.

A week later, a US drone was downed by Tehran; Iran insisted that the aircraft violated its airspace, prompting Washington to introduce sanctions against the nation's Supreme Leader Ali Khamenei.

The situation worsened when a Syria-bound Iranian supertanker carrying oil was detained off Gibraltar citing breach of EU sanctions against Damascus.

Later on, Iranian media reported that the Iranian Revolutionary Guard Corps had detained a foreign oil tanker amid reports that a Panamanian-flagged oil tanker from the United Arab Emirates had disappeared from radars. The claim was rejected by Tehran, which said that this was just a small smuggler ship, while Abu Dhabi denied the loss of its vessel.

The tensions continued to ramp up after US President Trump claimed that an Iranian drone had been downed near a US warship in the Strait of Hormuz. However, Tehran denied the allegation.

Most recently, Iran seized two vessels - one registered in the UK and the other in Liberia - citing a violation of international maritime rules. The Liberian-flagged ship was later released. The UK condemned the seizure of its ship as an 'unacceptable' move. 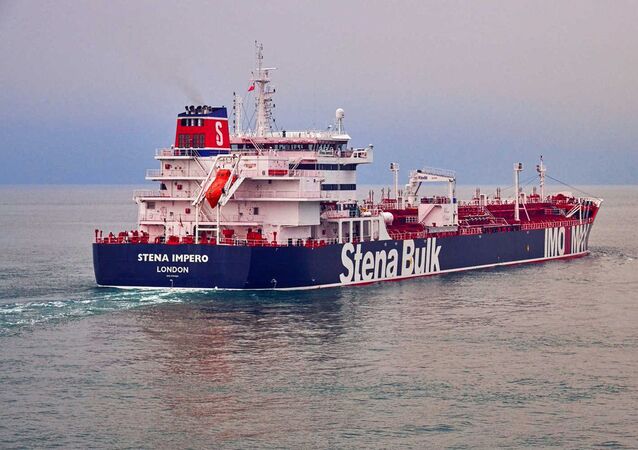