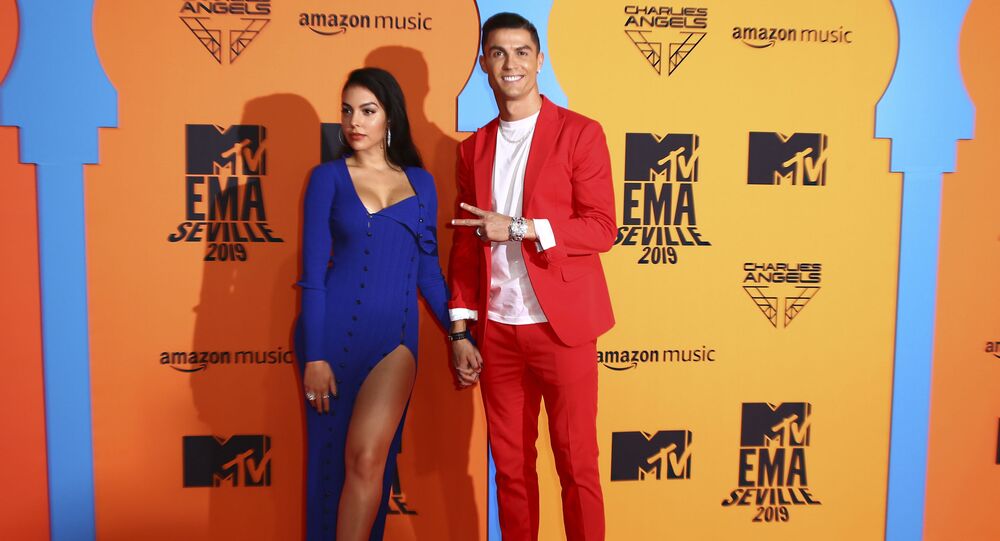 Did Cristiano Ronaldo's Girlfriend Just Announce That the Couple is Set to Marry?

This is not the first time Georgina Rodriguez has fuelled rumours that she and Cristiano Ronaldo had taken their relationship to a new level, with the latest incident setting tongues wagging in late June, as the model took to Instagram to share a pic of herself sunbathing on a yacht sporting a massive diamond on her ring finger.

Cristiano Ronaldo and his long-time girlfriend Georgina Rodriguez have sparked speculation they are finally tying the knot after the couple shared identical cryptic Instagram posts on Saturday.

Georgina Rodriguez added the caption “yesss” alongside a rose emoji to a photo of the couple, who are enjoying an idyllic holiday on a £5.5 million yacht in the French Rivera with their children.

The stunning curvaceous brunette, 26, posed for the pic in front of a beach, wearing a scarlet, figure-hugging dress, and with the Juventus striker placing one hand on her right wrist to seemingly hide her wedding ring finger.

The comment section erupted with eager fans speculating about if Ronaldo had finally proposed, with some asking what she meant by “yes", and others directly questioning if the two were engaged.

​Power couple Cristiano Ronaldo and Georgina Rodriguez have been enjoying a family break on the yacht after Juventus was knocked out of the Champions League by the French team Lyon.

The pair, who met in June 2016 while Rodriguez was working as a shop assistant in Madrid, already have an extensive family.

LA FAMIGLIA CAMPIONE!🥇❤️💪🏼 Nothing better than celebrate your victories with the ones you love🙏😘

Their daughter Alana Martina, two, was born on 12 November 2017. Cristiano Ronaldo's eldest son, Cristiano Ronaldo Jr, is 10, with the identity of his mother still a mystery and the athlete maintaining full custody.

As for three-year old twins Eva and Mateo, Ronaldo became father to them via surrogacy in the US in 2017.

In an interview for Elle magazine in 2019, Georgina Rodriguez claimed it had been “love at first sight” when the two first encountered each other.

“The first meeting with Ronaldo was at Gucci, where I worked as a sales assistant. Days later we saw each other again at another brand's event. It was then we could talk in a relaxed atmosphere, outside of my work environment. It was love at first sight for both,” said the model.

Rodriguez has often fanned the flames of rumours, as she posted suggestive images of herself with a ring on her wedding finger, as was the case in late June.

That pic of the model sunbathing on a yacht during the pair’s Portofino trip caught the attention of fans due to the stunning diamond ring she was flaunting.

Did Cristiano Ronaldo’s Girlfriend Just Let it Slip That They Had Secretly Married?