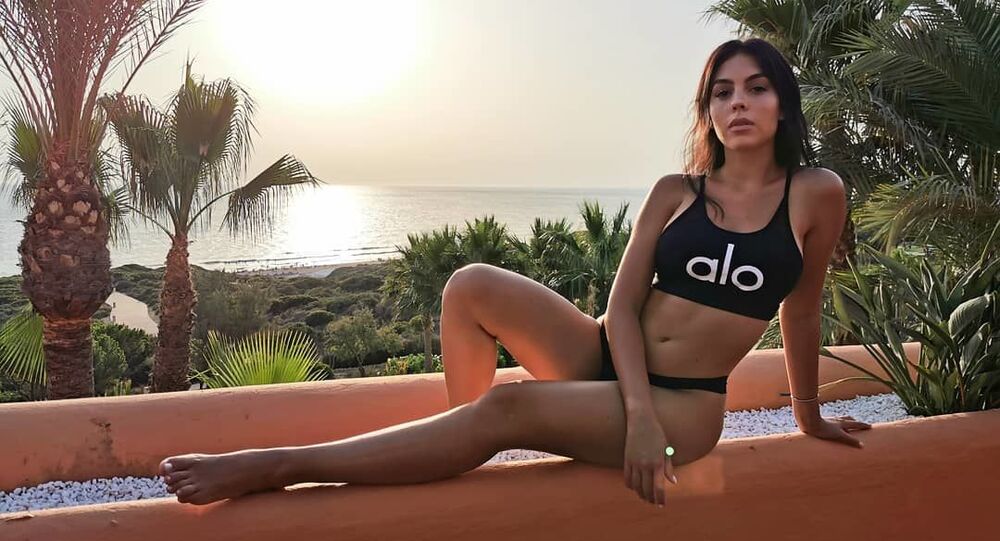 Did Cristiano Ronaldo’s Girlfriend Just Let it Slip That They Had Secretly Married?

The Portugal and Juventus striker has been dating Georgina Rodriguez for more than three years now, but has not made any wedding announcements. Unconfirmed rumours emerged in November that the two had married in Morocco, but these were shot down by Ronaldo’s reps.

Cristiano Ronaldo’s girlfriend Georgina Rodriguez has reignited speculation that the couple had secretly married after she referred to the Portugal superstar as hubby.

Rodriguez posted a photo of the family celebrating her 26th birthday on Monday.

“I cannot ask more from life. Just a lot of health for my family and myself, and to always enjoy them,” she captioned the Spanish-language post.

“Thank you for all your congratulations, flowers and for so much love. And thank you to my husband for giving me the best of [my] life, our children. I love you.”

Cristiano posted the same photo to his Instagram account, albeit with a more carefully-worded caption: “Congratulations my love! I wish you a very nice day! You are a great woman and an excellent mother for our children. I love you so much honey!“

Georgina and Cristiano have been happily un-married since 2016; they met in a designer store in Madrid where she worked as a sales assistant.

The couple have a two-year-old daughter and raise Ronaldo’s other three children from surrogate mothers together, but are not known to have officially married, so Georgina’s reference to Cristiano as ‘marido’ (‘husband’ in Spanish) is quite big news.

Italian gossip magazine Novella 2000 broke it in November that the couple had secretly tied the knot at a private ceremony in Morocco. But representative for the Juventus ace soon denied the rumour in a statement to TMZ.

Ronaldo – the fifth-highest goal-scorer in the history of football and five-time Ballon d’Or winner – said earlier that he would put a ring on it down the road.

“She helped me so much. Of course, I’m in love with her,” he told British presenter Piers Morgan in September. “We’ll be (married) one day, for sure. It’s my mum’s dream as well. So, one day. Why not?”

Georgina has described their relationship as “love at first sight”. “Being the partner of someone so famous is not easy but I would not change it for the world,” she revealed.

“What I feel for him is stronger than anything, any kind of pressure. Together we are stronger and there is a mutual admiration.