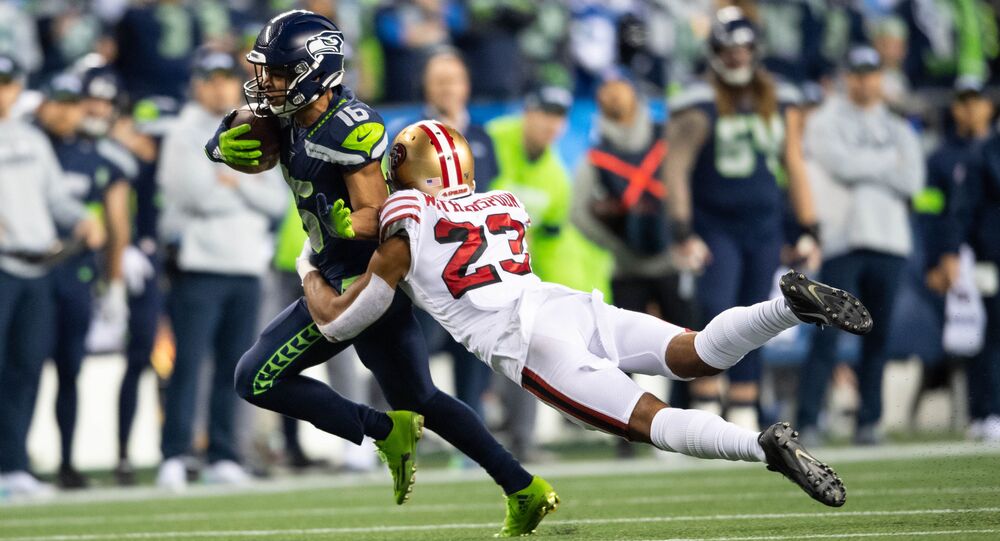 The San Francisco 49ers dominated the Green Bay Packers on Sunday 19 January in the NFC championship game, giving fans at Levi's Stadium their biggest win ever and putting their home team just a step away from accomplishing a history-making turnaround.

The San Francisco 49ers are heading to Miami to face off against the Kansas City Chiefs in Super Bowl LIV on 2 February.

On Sunday, the 49ers crushed the Green Bay Packers, 37-20, during the NFC Championship. The eighth post-season game between the two teams on Sunday offered a repeat of the Niners’ Week 12 match-up against Green Bay, as the team left the Packers scoreless in the first half.

​Running back Raheem Mostert became the highlight of the night, as he scored four touchdowns, putting up a career-high 220 yards on 19 carries and eviscerating the Packers defense.

Raheem Mostert made history tonight en route to a trip back to his home state of Florida for #SBLIV 🙏 #BeLegendary pic.twitter.com/jhjf25ZP8F

Let’s check in on the George Halas Trophy 😂@BournePoly11 pic.twitter.com/4rmIOZkgql

​Niners’ coach Kyle Shanahan leaned heavily on running back Dominque Raheem Mostert and the offensive line as the Packers (14-3), who also had an impressive turnaround season, showed some fight in the second half. However, after the slump in the first half, their fate was pretty much sealed.

The Niners thus became the third team in the Super Bowl era to jump from four or fewer wins in one season to a Super Bowl appearance in the next, after the 1999 St. Louis Rams and the 1988 Cincinnati Bengals, reports ESPN.

Part of the 49ers (14-3) turnaround can be credited to an injury their quarterback suffered last season; Jimmy Garoppolo dropped out with a season-ending knee injury in Week 3 and the team posted a lacklustre 4 wins and 12 losses.

Super Bowl LIV is set for Sunday, 2 February, at Hard Rock Stadium when it will become the Niners' first NFC championship since season 2012, when they advanced to the Super Bowl XLVII and lost to the Baltimore Ravens 34-31.