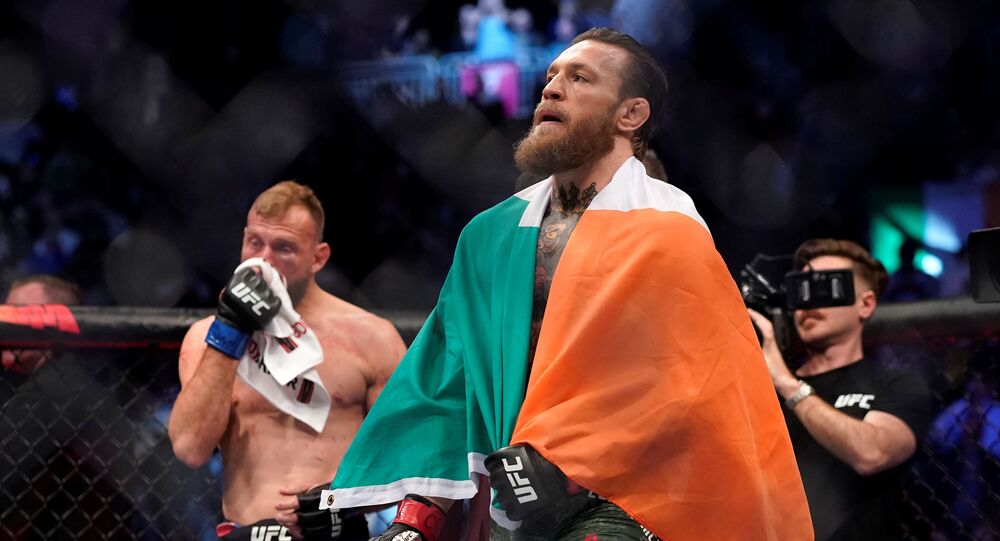 Following a 15-month absence from the octagon filled with constant talk of a rematch with Russian fighter Khabib Nurmagomedov, the Irish athlete finally made his long-awaited comeback at UFC 246 Fight Night, though not everyone found it impressive.

Conor “The Notorious” McGregor's victory over Donald “Cowboy” Cerrone at UFC 246 Fight Night couldn’t help but draw the attention of the MMA world, which long guessed whether the Irishman would return to the octagon and whether this return would be successful. And while the bout earned the "fight of the night" prize from UFC head Dana White, not everyone found it entirely satisfying.

Abdulmanap Nurmagomedov, the father of Khabib Nurmagomedov who defeated McGregor 15 months ago, commented on his bout with Cerrone, saying it was a "good fight", but questioned the choice of opponent, hinting that the “Cowboy”, who has lost 14 of his 51 MMA fights, was nothing special for a fighter like “The Notorious”.

"Can Cerrone be called a real competition for major fighters? He got beaten all the time during title fights. Who didn't beat him? There’s nothing new in that", Nurmagomedov said.

Nate Diaz, ranked number 8 in the UFC’s welterweight class, also apparently commented on the fight’s outcome just as its results were announced saying "This shits [sic] alll [sic] fake", without elaborating any further.

Felice Herrig, female fighter ranked number 12 in the UFC’s strawweight class, also urged not to "believe" this fight calling it "some boxing bullsh*t".

I feel like that was some boxing bullshit set up to lose -#ufc246 don’t believe it!!

The allegations that Cerrone might have been paid to "take a dive" in the fight against “The Notorious” circulated even prior to UFC 246, but the fighter himself vehemently denied them, saying they were completely untrue.

"Hell no, I’m not bowing down. There wouldn’t be enough money in the world for someone to pay me to take a dive. I could never look myself in the mirror if somebody paid me to take a dive. Sh*t, never happen", he said in an interview with online media outlet MMA Fighting.

Other MMA fighters, such as UFC featherweight fighter Mike Trizano and former light heavyweight fighter Anthony Johnson, though found McGregor's performance during the fight amazing and praised his comeback.

Unlike some, UFC chief Dana White was definitely satisfied with the fight McGregor and Cerrone put on during the 19 January match. When asked by a journalist in the wake of UFC 246 about his plans for the Irishman, White even suggested that his next pick might be a long-desired rematch with Khabib Nurmagomedov.

"Everybody wants to fight with Conor. When you look at what makes sense, where the play is right now, with Conor, say, going in to the Khabib fight – he had got lots of personal stuff, some stuff self-inflicted […] he has been obsessed with getting that rematch, because he knows that he wasn't a 100% right", the UFC head said.

White went on to compare the possible rematch between the two rivals with famous boxing matches from the past like Muhammad Ali versus George Foreman, adding that a possible future bout between McGregor and Nurmagomedov would be a "massive fight with global appeal".

The UFC head's proposal didn't go unnoticed by Khabib's father, Abdulmanap Nurmagomedov, who said that such a rematch is possible if Dana White wants it so much. He added that the fight will only happen if his son receives $100 million for it and it takes place after Khabib's bout against Tony Ferguson on 18 April 2020.

The last time the two met was in the octagon in October 2018 with Nurmagomedov defending his lightweight title by forcing McGregor to submit by performing a rear-naked choke on him. Khabib's victory was partially overshadowed by a post-fight melee he initiated with members of the Irishman's team. But despite this, Nurmagomedov retained his title and received a $2,000,000 pay check, while also being handed a nine-month suspension for participating in the melee.