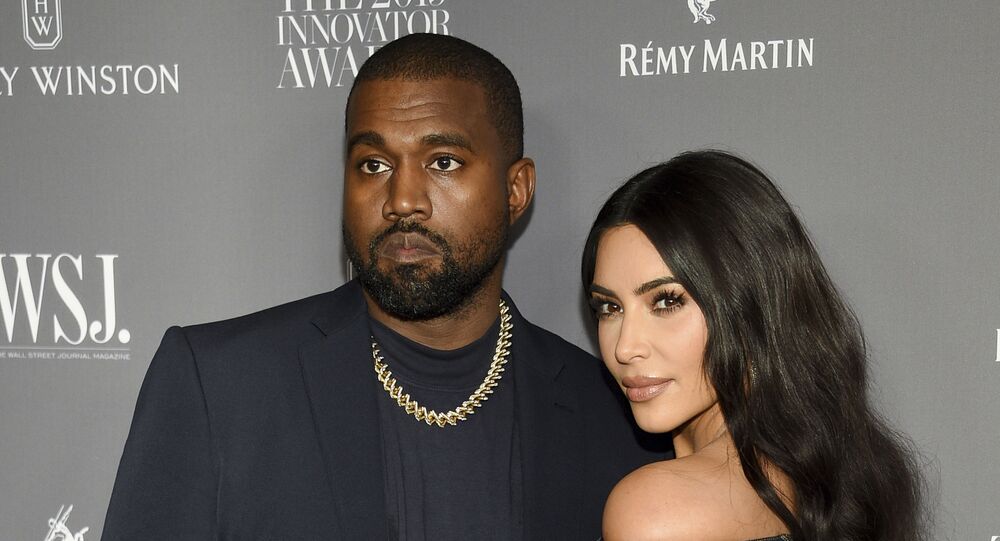 'Tell Assassins I Escaped From Calabasas': Report Claims West Did Not Compare Marital Home to Prison

West's new song, Welcome to My Life, from the upcoming album Donda, apparently features lyrics on the tumultuous past two years of his life, including the split with the 'Keeping Up With the Kardashians' star, his emotional breakdown, and the failed bid for the US presidency.

Claims that Kanye West included harsh statements about his estranged wife Kim Kardashian on his tenth album, Donda, are false, since the rapper did not compare their marriage to living in a prison, the Daily Mail reported on Monday.

A source reportedly told the outlet that West "doesn’t say anything negative" about his 40-year-old ex on the record.

This comes after reports that the 44-year-old rapper and fashion designer cried on stage at his album listening party in Las Vegas over the weekend while performing a song that made derogatory remarks about his marriage to the reality star.

"It's a very deep, sad song about Kanye, with him reflecting on his marriage with Kim," the source is quoted in the report as saying. "He talks about the kids and mentions her taking everything. After he played this song he paused for like, two minutes, and cried. It was really sombre."

"Tell the assassins I escaped from Calabasas," the star reportedly raps in his new song, purportedly comparing their Calabasas marital home, where he lived with Kim, to jail, The Sun reported earlier in the day.

His tenth album, Donda, named after his late mother, comes after in 2019, Kanye, who calls himself a born-again Christian, released the gospel album Jesus is King.

Although there was reportedly a stringent no-phone prohibition for the covert listening gathering, some attendees eventually shared secrets from the new tape.

Justin Laboy, a social media celebrity, claimed on Sunday to be one of the select few to have heard the new record, as did NBA player Kevin Durant over the weekend.

Kanye played his new album for me & @KDTrey5 last night in Vegas. Man listen! The production is light years ahead of it’s time, and the bars sound like he’s broke & hungry trying to get signed again. Any artist who plan on dropping soon should just push it back 😤 #Respectfully

Another photo of @KanyeWest with @KDTrey5 and @JustinLaboy in Vegas last night (7.17.21) pic.twitter.com/fuGQhOOd6c

​West, who has reportedly been dating model Irina Shayk in recent weeks following his split from wife Kim Kardashian West, was supposed to release his next album, Donda, last year, but fans have yet to hear it.

After seven years of marriage, Kim Kardashian filed for divorce from West in February this year, citing irreconcilable differences, while claiming shared legal and physical custody of their four children.