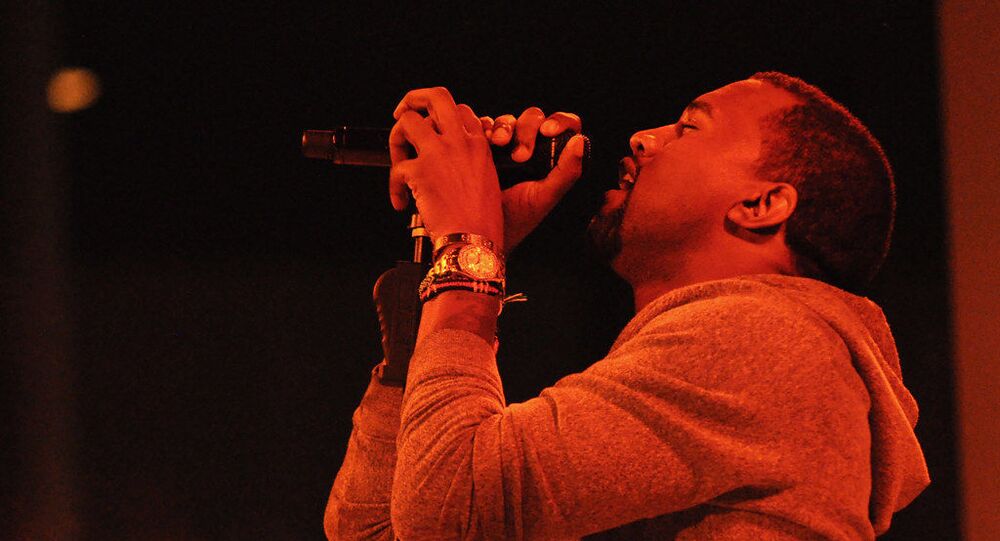 The circle of a ring is sometimes referred to as a symbol of eternity and the unknown. Over time, the symbol began to represent loyalty and devotion to another individual. For most divorces, the symbolism goes out the door and the monetary value of the ring makes room for disputes.

American rapper, producer and fashion designer Kanye West has been spotted still wearing his wedding ring, despite going through what is believed to be a costly divorce from his wife, socialite and TV personality Kim Kardashian.

In a Wednesday Instagram post shared by fellow producer DJ Khaled, West is pictured with his hands raised to the sky.

“True Story: Kanye stopped by my house at 8am the other day! I didn’t know he was coming,” DJ Khaled captioned on the post.

“You know when you get this expression that it’s sounding amazing! This album Gods hands is all over it,” he added, referring to his new album scheduled for release this Friday.

The picture appears to be in good faith of West enjoying the music, but what shocked plenty of fans was the metal band wrapped around his left ring finger.

Two months ago, Kardashian filed for divorce from West, calling the end of their seven-year marriage. West responded to the divorce this month, asking for joint legal and physical custody of their four kids - North, Saint, Chicago and Psalm.

For some fans, seeing the rapper still donning his wedding ring represents the idea that maybe Kanye has not yet fully accepted his separation from Kardashian, and to others it may express a deeper meaning that only the pair truly understands. What is for sure is that netizens have taken notice.

Screenshot/Instagram
Fans under DJ Khaled’s picture of Kanye West on Instagram took notice of the wedding ring the musician is still sporting, prompting a series of remarks on the development.

2020 proved to be a year that put a strain on many couples, and the pairing between Kardashian and West proved no different. West, in a bid to run for US president, made many screenshot-worthy comments, including a Twitter rant in which he said he’d been trying to get a divorce from his wife, who at the time was becoming more and more involved in prison reform.

The rapper even went as far as to accuse Kardashian of attempting to have him involuntarily committed to a psychiatric institution.

After his seemingly bizarre Twitter rant, Kardashian took to social media to respond by referencing mental health concerns as the reason behind West’s behavior. West has had a history of unpleasant experiences involved around his mental health, which some assume has been in decline since the passing of his mother in 2007. His most recent album, which has yet to be released, is titled “DONDA,” in reference to his late mother Dona.

In 2019, West bought two ranches in Wyoming, where he has been living since his split from the Kardashian family. The end of his short-lived presidential run has seen the rapper on less of a Twitter binge and more social, as he has only been spotted on social media when being tagged by one of his fellow celebrities. His lucrative Nike Air Yeezy business has recently made the news after his prototype pair sold for over $1.8 million, and his new slide sandals saw a same-day release sell out.

While it appears as though Kardashian and West are living their lives separately, and in better financial shape than most, both appear to be more focused on individual goals than on redeeming their relationship.

Kanye West Prototype Sneakers on Sale on Sotheby's for $1Mln