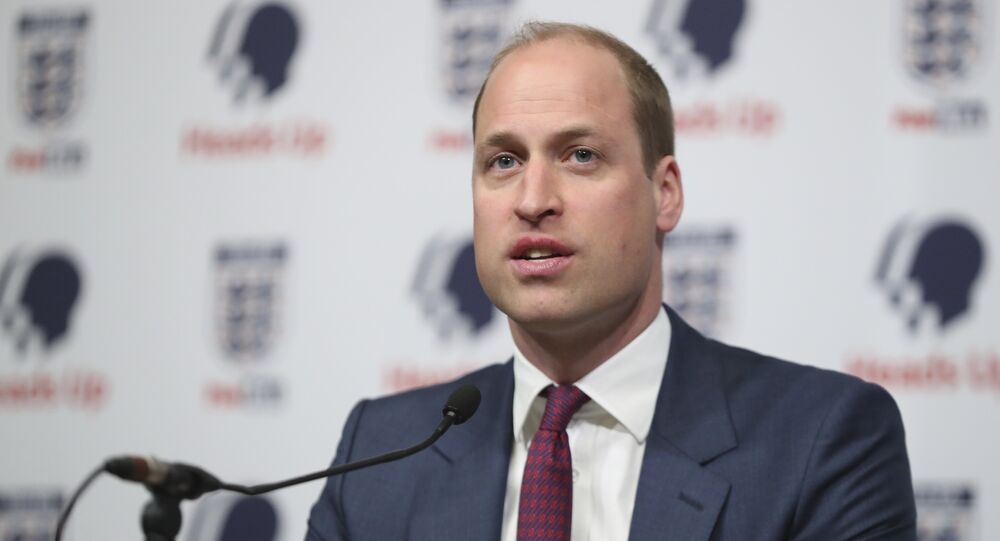 As the British royal family takes the fallout from the recent Prince Harry and Meghan Marke bombshell tell-all interview to Oprah Winfrey about their rift with Buckingham Palace, questions have been raised about the role of the monarchy in the 21st century.

Prince William, second in the line of succession to the British throne, would "robustly challenge" advice from his prime ministers in private when he becomes king, particularly if it is deemed as potentially damaging to the monarchy, insiders believe, according to The Sunday Times.

The Duke of Cambridge is ostensibly considering a different approach to reigning from that of his grandmother, Queen Elizabeth II. The 94-year old monarch is perceived as having assiduously maintained a position "above politics".

However, friends of the elder son of Charles, Prince of Wales, and Diana, Princess of Wales, have revealed he was concerned the Queen was left with "no choice" when she agreed to Boris Johnson's controversial request to prorogue Parliament in 2019 at the height of the Brexit debate.

© AP Photo / Alberto Pezzali
In this file photo dated Friday, Jan. 31, 2020, Brexit supporters hold British and US flags during a rally in London.

In mid-August that year, the UK Prime Minister received royal approval to prorogue Parliament until 14 October in order to keep MPs from adopting anti-Brexit legislation.

The UK Supreme Court subsequently ruled Johnson’s suspension of parliament was illegal, and the Prime Minister advising the Queen to prorogue parliament was “unlawful, void and of no effect". Johnson later extended an apology to the monarch.

With his father, Prince Charles, next in line for the throne, Prince William is, nevertheless, considering modernising the Royal Family, which has been plagued by a series of scandals in recent years.

“I’ve got my grandmother, who takes more of a passive role. She’s above politics and is very much away from it. And then I’ve got my father, who minds an awful lot about the charities he’s involved in and really digs down into his charitable areas as much as you can. I haven’t an equal idea as to how my role could benefit everyone in the future.”

Prince William, who will celebrate his tenth wedding anniversary in April, has grown much closer to his grandmother and the Prince of Wales in recent years, counselling them on guiding the monarchy through moments of crises, reveal cited royal sources.

Amid scandals such as Prince Andrew’s association with the late Jeffrey Epstein, who was a convicted sex felon and paedophile, as well as the stepping down of Meghan Markle and Prince Harry as working members of the Royal family, Prince William has been elevated to the role of key adviser at Buckingham palace, writes the outlet.

"That has changed the way the Queen sees him and values his input," an insider is cited as saying.

The Duke, 38, is suggested as acknowledging that his relationship with his grandmother, the Queen, has "greatly improved" in recent years and they are "more aligned than ever".

Prince William has also reportedly entered a "renaissance" in the relationship with his father, Prince Charles.

"Part of William's evolution is that he has become closer to his father - he sees their similarities," a friend ostensibly said.

This week's bombshell Oprah Winfrey interview with Prince Harry and Meghan Markle shone a light on the ways London's tabloid newspapers have come to box the royal family into "a trapping environment." https://t.co/b6XKDQcaRo pic.twitter.com/Edo68imeZM

​As the monarchy faces fallout from the bombshell interview that the Duke and Duchess of Sussex gave Oprah Winfrey, Prince Harry is reportedly determined to heal his relationship with his brother, Prince Harry.

While admitting ties between the brothers had ‘hit a low point’ when the Duke and Duchess of Sussex launched their "Sussex Royal" website in 2019 – a move Prince William deplored as “blindsiding" the Queen "in an insulting and disrespectful way", sources say Prince Harry’s brother will "miss forever" the departure of the couple from the fold.

Looking ahead, a former private secretary to the Duke is cited as saying Prince William is "not someone who loves ceremony".

"When he gets the top job he won't do away with it all. He is mindful that the monarchy represents something timeless that's above all of us, and many people like the magic and theatre of it," Miguel Head, who worked for the Duke between 2008 and 2018, was quoted as saying.

Prince William was also claimed to be in disagreement with his brother’s statement in the Oprah Winfrey sit-down that Prince Harry felt "trapped".

The Duke of Sussex claimed that other members of his family can't leave the "system" the way he did.

"It's been really hard… I am part of the system with them, I always have been, but I guess — and I'm very aware of this — my brother can't leave that system, but I have… I was trapped, but I didn't know I was trapped. Trapped within the system like the rest of the family," Prince Harry had said in the interview.

The Duke of Sussex’s comment was “way off the mark” and Prince William does not see his royal duties that way, a close friend of the brothers reportedly said.

“He has a path set for him and he’s completely accepting of his role. He is very much his grandmother’s grandson in that respect of duty and service.”