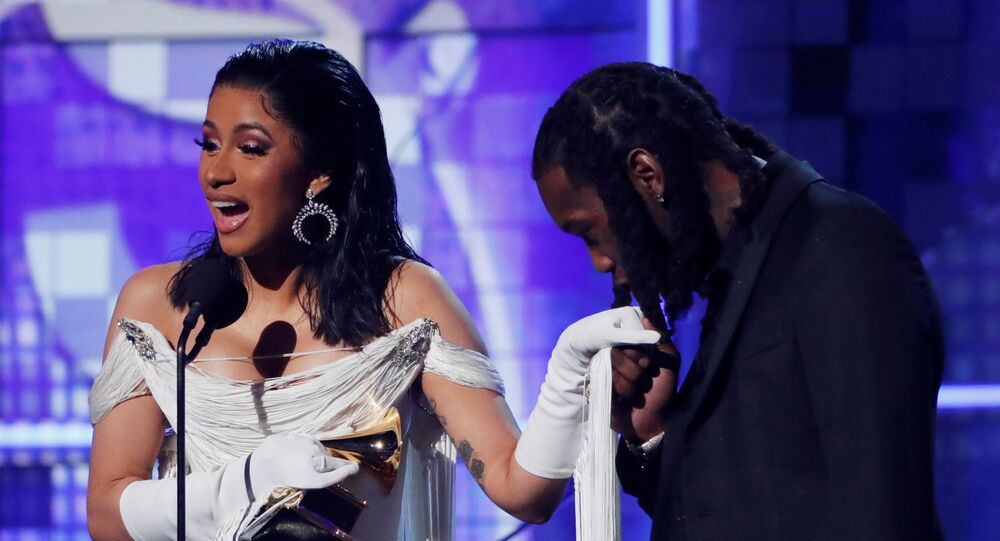 Cardi B, Her Sister Reportedly Sued For 'Defamation' After Exposing 'Trump Supporters Harassment'

In a video posted in her Twitter account, rapper Cardi B said that her sister and her girlfriend were "harassed" by Trump supporters, alleging that the couple had been verbally attacked for being an "Afro/Hispanic gay couple".

Rapper Cardi B and her sister, Hennessy Carolina, are being sued for defamation after accusing people who were filmed in an altercation with Carolina and her girlfriend. The people are reportedly suing the sisters for "harassing" them because of their race and orientation, TMZ reported, citing court documents it obtained.

"My sister can’t go to the beach in the Hampton’s without trump supporters harassing cause they were by themselves & Santa Claus was harassing my sis GF all because they are a Afro/Hispanic gay couple", Cardi B tweeted on 7 September, attaching a video of the altercation.​

The rapper also posted several voice messages from Hennesy, in which she is heard revealing that the group allegedly told her to "go back to her country". According to her, the people were triggered because they "saw us parking here and we were speaking Spanish and we're mixed."

You wanna know why joe gotta talk to me Candice cause I have the #1 song & yet my sister can’t go to the beach in the Hampton’s wit out trump supporters harassing cause they were by themselves & Santa Claus was harassing my sis GF all because they are a Afro/Hispanic gay couple https://t.co/OLQX2mrzbp pic.twitter.com/ISfJStODme

The reported harassers, identified by TMZ as Peter Caliendo, Pauline Caliendo and Manuel Alarcon, were, according to Cardi, "Trump supporters" and had "harassed" her sister and her girlfriend Michelle Diaz. The three have insisted, however, they are being falsely painted as racist, and claim that the video was edited.

"...The plaintiffs claim they were enjoying their time at Smith Point beach with their families when Hennessy approached them with rage ... spitting, insulting and threatening them just because one of them was wearing a MAGA hat", reported TMZ, describing the lawsuit documents.

Cardi B posted tweeted about the altercation in early September, engaging in an argument with Candace Owens, a right-wing political activist who supports US President Donald Trump and denounces the rapper for urging Joe Biden to talk to her because "[she has] the number 1 song and Santa Claus was harassing [her] sister".

The rapper has repeatedly voiced her opposition to Trump, slamming his coronavirus response and his policy towards Black people.

'As Dirty and Nasty as It Is': Cover of Cardi B WAP Song in Sign Language Goes Viral