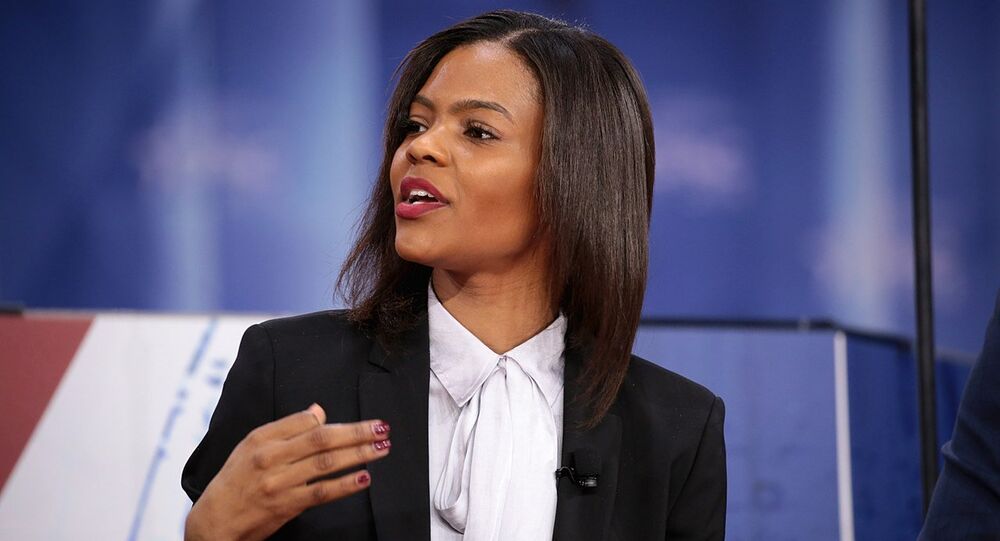 Belcalis Almanzar, known professionally as Cardi B, recently spoke with the the US Democratic presidential nominee via Zoom. During the conversation, among other subjects, the two discussed the coronavirus pandemic in the United States, police brutality and college tuitions.

Black conservative activist Candace Owens ripped Democrat Joe Biden for speaking with US rapper Cardi B. Speaking at the Ben Shapiro Show, Owens, once a supporter of the Democratic party, said the interview was "one of the biggest insults" to black Americans. The activist claimed that Biden was hiding in a secret basement all year, apparently referring to a small number of interviews the former vice-president has made, deciding to come out, instead of talking to "amazing intellectual black people" in the United States, speaking with an "illiterate" rapper whose music "contributes to the disintegration of black culture and values".

"Do we have nothing better to offer? This would be akin to Donald Trump saying 'I’m going to give no interviews', but he came up and he decided to give interview to Justin Bieber. It would be absurd. White America would go 'what is this', 'why are you interviewed by Justin Bieber?'", Owens declared.

Since most black people didn’t have the spine to admit that @benshapiro was 100% correct about @iamcardib and how her music and platform contributes to the disintegration of black culture and values...here you go. #WAP #SundaySpecial pic.twitter.com/q5QxxX9G4e

​Owens suggested that Biden was pandering to black Americans. "You look at Cardi B’s Instagram, you see she has millions of followers and you think...'if I appeal to this illiterate person…black people would vote for me'", she said.

In response to Owens, Cardi B attacked the GOP spokesperson, saying that Biden sat to talk to her because her songs have reached number one ratings in many countries.

Later she posted a statement on Twitter accusing Owens of encouraging people to vote for Trump.

& you are encouraging millions to vote for a man who laugh Everytime a black men gets killed by a cop and tell millions of Americans to drink bleach🤷🏽‍♀️ Trump didn’t even have you talking at the Republican convention 😩He thinks you’re dumb.MASA did you dirty but you mad at me ? https://t.co/0gWcIpInS7