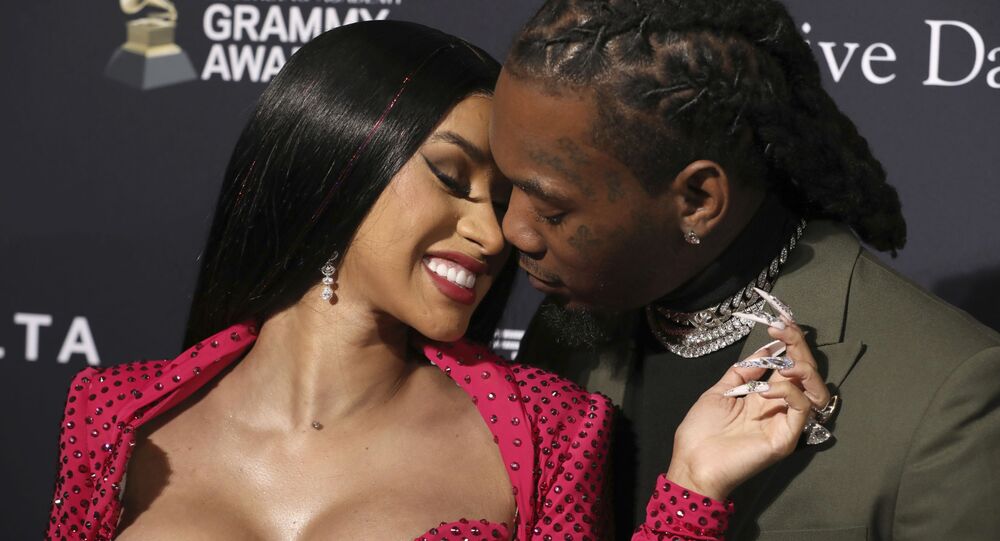 The rap musician is said to be seeking primary, physical, and legal custody of the pair's 2-year-old daughter Kulture and wants her future ex-husband to pay child support.

Cardi B has initiated a divorce with Offset, TMZ reported on Tuesday, citing court documents it obtained.

According to the documents, Cardi B says she is not living with her husband and "there are no prospects for a reconciliation".

It indeed appears that Cardi B filed for divorce from Offset in Fulton County, Georgia earlier today. The hearing is set for Nov 4, 2020.

Wishing them both the best. pic.twitter.com/Cx24VptzbD

Social media users rushed to comment on the news, though the reaction has been ambiguous. Many users have expressed support for the musician, saying that she knows what's best for her and wishing her well, while others tried to reflect on the reasons for their break up, especially why she did not want to make it public.

offset didn’t deserve her. i hope she and beautiful kulture are safe and (as) happy (as they can be) ♥️

He cheated on her multiple times

Some tried to make jokes about the situation, or hinted at rumours that Offset might have cheated on his wife multiple times. Back in 2019, Cardi B admitted Offset indeed was unfaithful to her after a video was leaked online allegedly showing the rapper cheating with an unknown woman. Since then, media outlets have been speculating that he has continued to cheat on the musician.

Offset checking his phone after hearing Cardi B wants a divorce knowing he cheated 500 times pic.twitter.com/ByvPG2Wg8M

Cardi b: we’re getting a divorce

Offset unblocking every IG model she made him block: pic.twitter.com/3ODWmbNMMR

Incase you want the story in brief

Offset: so divorce is on the scene!

Cardi B really rapped “I don't cook, I don't clean, But let me tell you how I got this ring.” Then 3 weeks later she filing for divorce? pic.twitter.com/6IhKU9pRco

​Some users were dismissive and suggested that the news about Cardi B's divorce was not important enough to care about or even know.

The pair tied the knot secretly in 2017 and the proposal came as a surprise to Cardi B, who immediately agreed. They officially announced their marriage a year later.

Cardi Bi filed for divorce just days ahead of their third wedding anniversary.