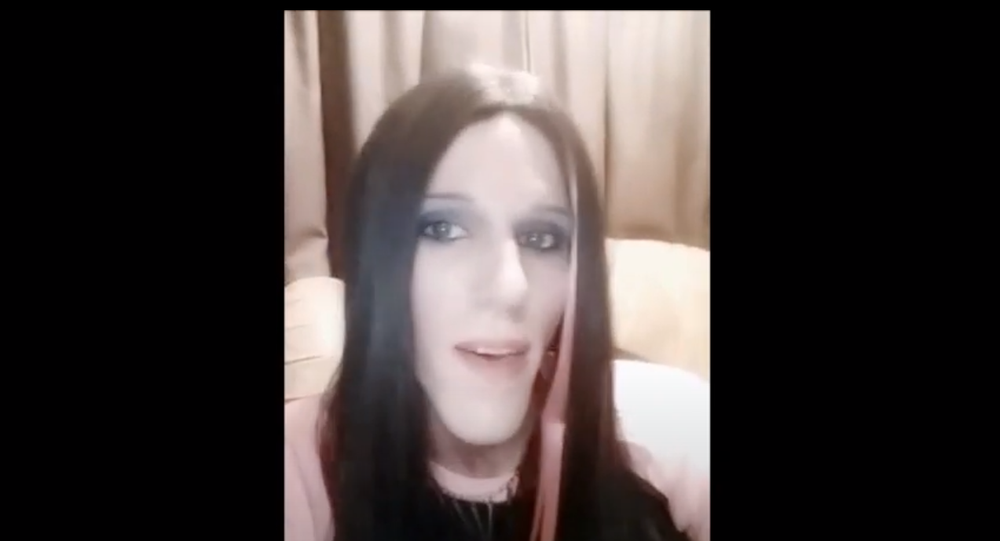 Aria DiMezzo, who describes herself as a satanist, a transexual and a shemale, never attended any Republican meeting in Cheshire County, where she was running, and expected to lose in the GOP primary, to a traditional candidate. The traditional candidate got only a few hundred votes compared to her 4,000-plus, giving her the win.

Aria DiMezzo's win marks the first appearance of a winning transsexual GOP candidate. With the slogan: "F**k the Police" on her GOP sheriff ballot, it is the first political win in the state for a person with these unique credentials. Having secured the Republican nomination for sheriff of Cheshire County, New Hampshire, she will now face incumbent Democrat sheriff Eli Rivera, in a hot battle for the office.

The victory was unexpected, and frustrated DiMezzo, as, instead of celebrating it, she released a comprehensive blog post lambasting the "utterly and hopelessly broken system" that allowed her to win. She also denounced "ignorant" primary voters for not knowing anything about who they vote for.

"More than 4,000 people went into the voting booth on September 8 this week, and they all filled in the circle by my name despite knowing absolutely nothing about the person they were nominating to the most powerful law enforcement position in the county. That’s a level of recklessness of which any decent human being should be ashamed", The Republican candidate posted.

DiMezzo slammed the electoral system as a "lie", insisting that she is running for sheriff because "the sheriff has the most hands-on ability in Cheshire County to oppose that system".

"The system that let you down by allowing me, a freaking transsexual Satanist anarchist, to be your sheriff candidate is the same system I’m attacking. I’m sorry, and I know it hurts to hear, but that system is a lie", she wrote.

DiMezzo also claimed, cited by Inside Sources, that the local Republican party was, perhaps unsurprisingly, less than supportive of her candidacy, although GOP county chairman Marylin Huston congratulated her on her victory and reported that the candidate did "very well at the primaries". Huston quickly added without irony, however, that DiMezzo's values "do not fall in line with the Republican message".

A self-described "transsexual satanic anarchist", DiMezzo supports making Cheshire County a "sanctuary county for immigrants" as one of her key campaign issues.

Apart from her political activity, DiMezzo hosts an internet radioshow "Free Talk Live", where she is routinely referred to as a "shemale".