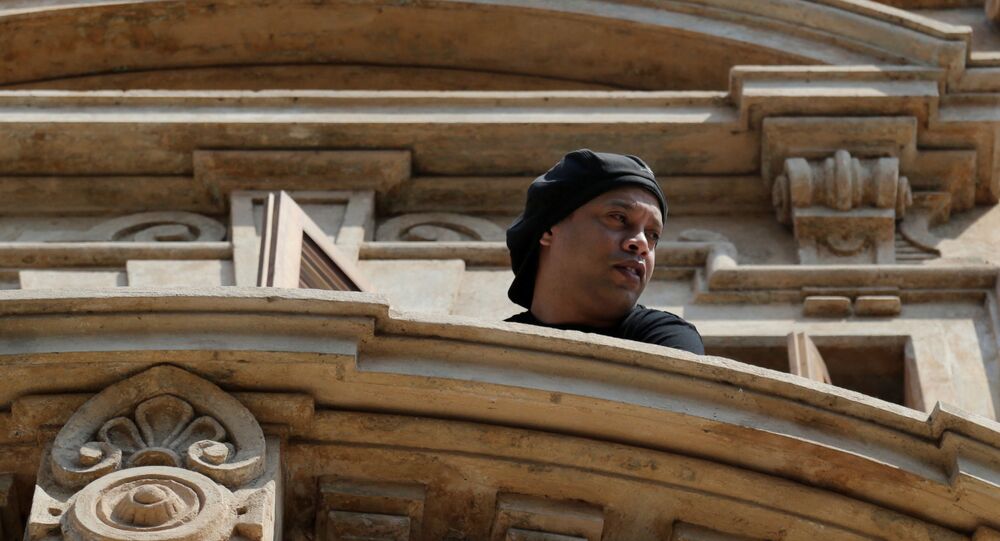 Brazilian football star Ronaldinho, along with his brother Roberto, was arrested in Paraguay in March over allegedly entering the country with a forged passport. After being held in a police station in Asuncion, the two were put under house arrest for about five months in a luxury hotel.

Former football star Ronaldinho Gaucho has been set free by the judge in Paraguay after almost five months of detention as he was suspected to have entered the country with a fake passport.

Judge Gustavo Amarilla also ordered the release of Ronaldinho's brother, Roberto, who was also charged with accusations of using a forged passport.

All conditions were met by Ronaldinho, including a payment of a fine for "damage for society", $90,000 and $110,00 for Roberto, and the two are free to return to Brazil.

"There is no indication that he has any personal characteristics or criminal behaviour that [...] would put society at risk," the prosecutor said, cited by AFP.

Ronaldinho's brother will have to sign the appearance book in Brazil every four months, according to Judiciales.net.

The former Barcelona and Paris Saint-Germain player and his brother were arrested in Paraguay in March, accused of trying to enter the country with forged passports. After spending around a month in jail, the two men were then put under house arrest in a luxury hotel in the capital on bail of $1.6 million.