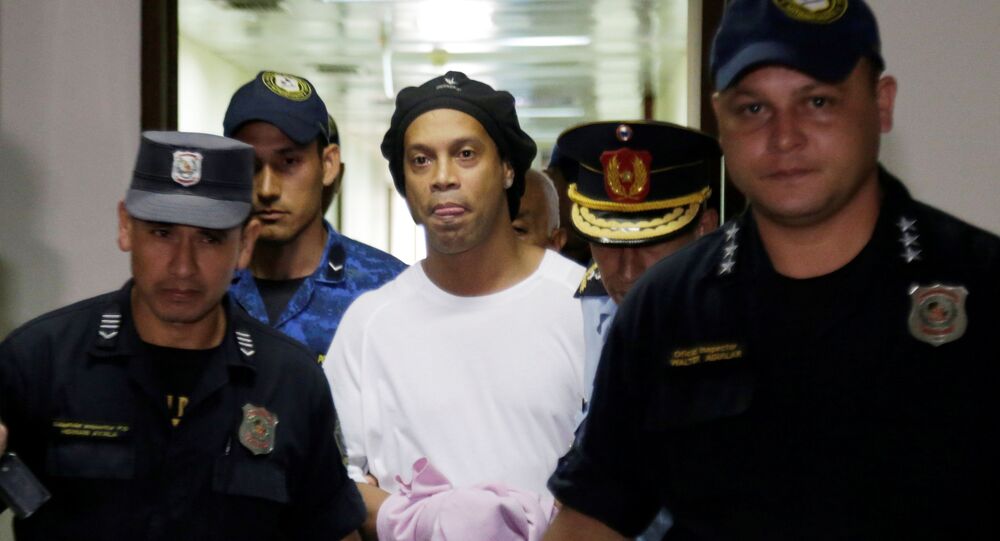 The former Brazilian football star and his brother Roberto de Assis Moreira were arrested by Paraguayan authorities back in March on charges of presenting fake passports when entering the country. According to Ronaldinho, he was a victim of a crime himself.

Ronaldinho will leave the Agrupacion Especializada jail in Paraguay after 32 days of imprisonment, as he has been granted house arrest, according to the Daily Star. He and his brother had previously been denied bail due to a flight risk but were later permitted to deposit the money ($800,000 for each one).

The former Barcelona player had come to the country to present his new book, however, Ronaldinho and his brother allegedly used fake IDs at the border.

According to their lawyer, the said documents were "gifted" to the brothers by a businessman, but they allegedly believed that were "honorary" passports and not the real ones. He also said they used it at the border instead of their real papers "by mistake".