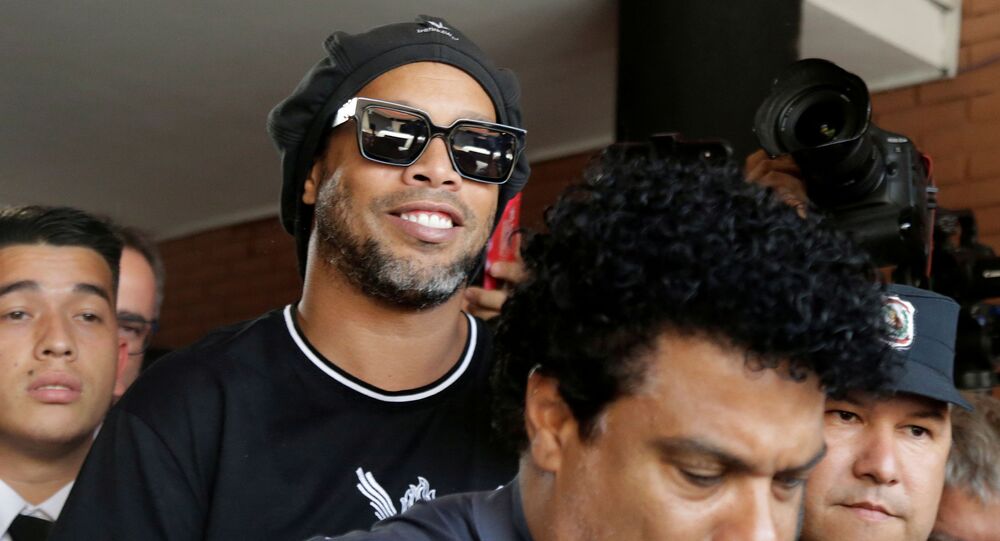 Iconic Brazilian football player Ronaldinho and his brother, Roberto de Assis Moreira were arrested on 6 March over the use of a sham passport when entering Paraguay.

The former Brazil and Barcelona superstar has been captured on video while playing in a game of foot volleyball with other prisoners in a Paraguayan prison.

Ronaldinho shows off some great skills and doesn't lose points during the 90-second footage published by Sports journalist Walter Estigarribia on 29 March.

According to reports, Ronaldinho is teaching inmates some football skills inside and is also learning carpentry.

The Brazilian midfielder planned to present his book and launch a charity campaign in Paraguay when he was accused of using a fake ID while crossing the border. The footballer has commented on his arrest, saying he was shocked by the situation, adding that he was a victim himself, without specifying what he meant.

Ronaldinho is one of the most famous Brazilian football players of all time. He won the 2002 FIFA World Cup, which was held in Japan and South Korea.