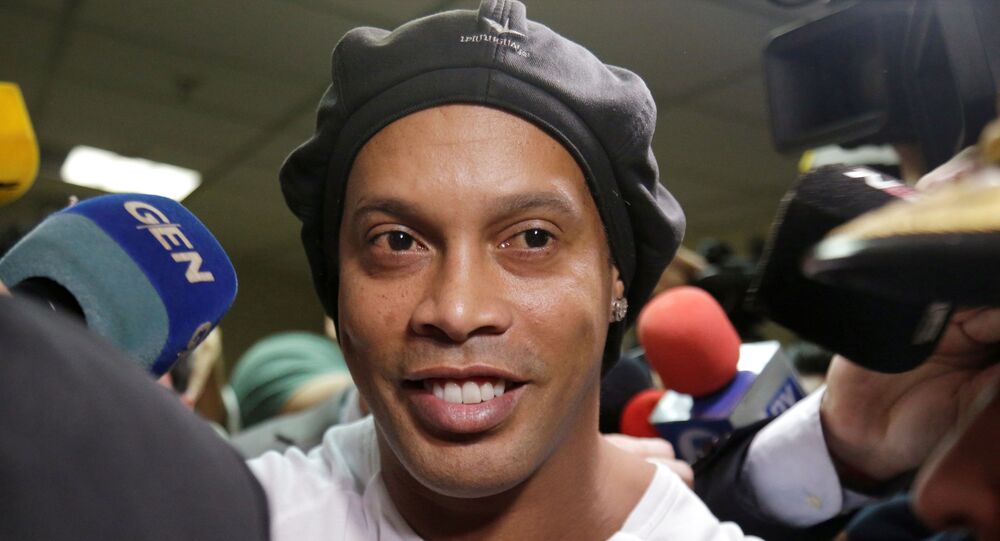 The arrest of the football star took place at the behest of Milko Valinotti at the request of the Attorney General of Paraguay.

Former Barcelona forward Ronaldinho and his brother Roberto Assis have been arrested in Paraguay over an adulterated passport, local police said on Friday.

Meanwhile, pictures of Ronaldinho smiling with the policeman who arrested him have appeared on social media.

🇧🇷 Ronaldinho was arrested yesterday at the airport after using a fake passport. The policeman who arrested him managed to take a photo with R10 & he also took pictures with the Attorney General's Office employees.

What a man. Always smiling even when arrested.😀 pic.twitter.com/JSObiT6N29

The General Prosecutor's Office later said that Ronaldinho and his brother, Roberto de Assis Moreira, had been detained.

"[Ronaldinho and his brother] have been transported to the Special Department of the National Police under the General Prosecutor's Office", the office said, adding that they would remain in custody until a court hearing.

Paraguayan prosecutors have already detained Ronaldinho's agent, Vilmondes Sousa Lira in connection with the case. All three defendants arrived in Asuncion on Wednesday where Ronaldinho planned to present his book and launch a charity campaign.

The former footballer said he was shocked by the situation, adding that he was a victim himself, without going into detail.

Ronaldinho is one of the most famous Brazilian football players. He won the 2002 FIFA World Cup, which was held in Japan and South Korea.