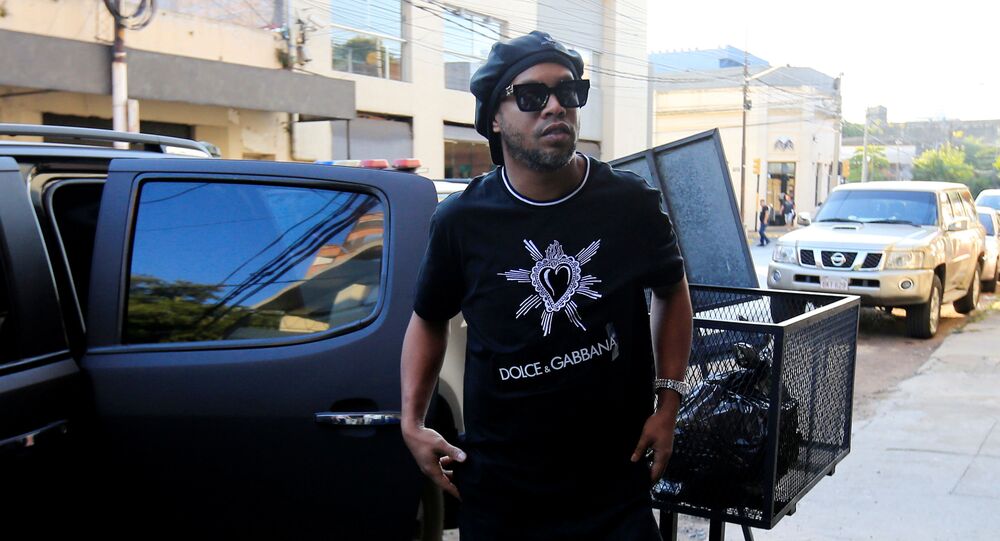 The retired football legend wound up in jail after using a fake passport to enter Paraguay. He is currently facing six months in prison for the crime, with his most recent appeal to be released being denied by the court.

Advisers for the famous footballer, Lionel Messi, have dismissed reports that he would be helping his former FC Barcelona teammate, Ronaldinho, by paying some $3.8 Million to hire top lawyers to get him out of a Paraguay jail, The Sun reported. The advisers elaborated that while Messi sympathises with Ronaldinho and his situation, he is not going to pay for the former football player's lawyers.

Messi and Ronaldinho played together as part of FC Barcelona from 2004 to 2008, when Ronaldinho transferred to A.C. Milan.

Ronaldinho, who abandoned his football career in 2018, and his brother were arrested two days after arriving in Paraguay to present a new book after authorities were tipped off that the duo had allegedly entered the nation using fake passports. Both have since been spending their time in an Asuncion jail, with their recent appeal to change the measure to house arrest being rejected by the court over fears they could flee the country.

Ronaldinho's lawyer admitted that the two had inadvertently used fake passports "gifted" to them by a businessman. They allegedly believed that these passports were an "honorary" document with no value, and that Ronaldinho accidentally pulled it out of his bag instead of his real passport.

Earlier reports suggested that the former footballer and his brother had been stripped of their documents by Brazilian authorities over unpaid debts, but Paraguayan prosecutors found out that they were later returned and that Ronaldinho had used his real passport when he left Brazil.