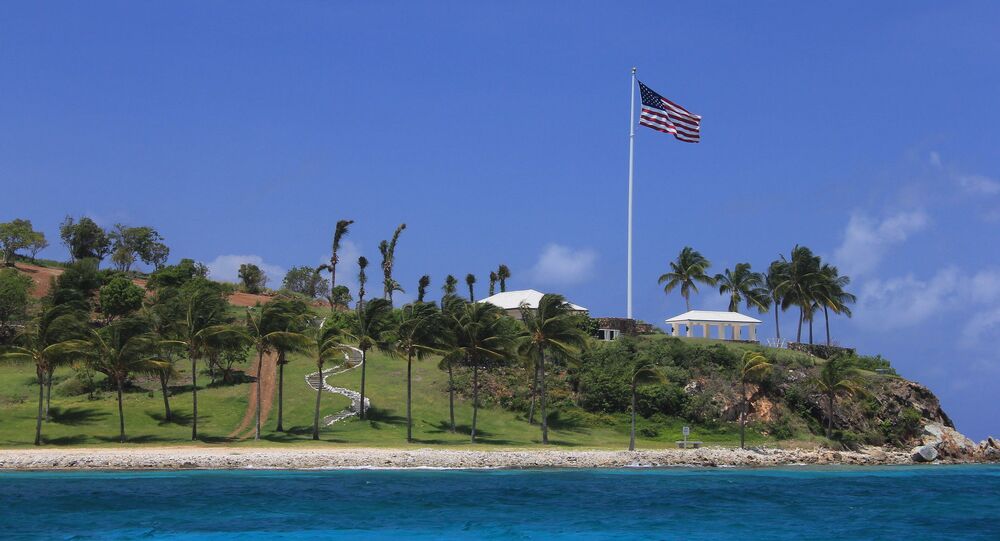 To their great disappointment, the flight simulator failed to accurately depict the island connected to many of Epstein's crimes. Whether it was intentionally made or just a world generation glitch is anyone's guess at the moment.

The latest instalment of the Microsoft Flight Simulator video game, which was released on 18 August, has allowed players to literally visit every corner of the Earth recreated after satellite images while flying one of the numerous available air vehicles. But one specific spot got special attention from the players around the world - Little St. James in the US Virgin Islands, also known as the private "pedo-island" of the deceased financier and sex-trafficker Jeffrey Epstein.

Unlike Epstein's private jet, the notorious Lolita-express – which he reportedly used to smuggle underage girls to the island – players' aircraft visited the island without any malign intentions. Gamers, who flooded YouTube and Reddit with instructions and videos on how to reach the island, confessed to wanting to visit the island out of sheer curiosity for the place, which played an essential role in the infamous sex-trafficking scheme of the late financier.

Those who managed to reach it were, however, slightly disappointed. Despite recreating many iconic and ordinary places with high precision, the virtual world of the Microsoft Flight Simulator remains far from being accurate and Epstein's island was no exception. While most of the buildings and the island's landscape are mostly correct, the iconic building, dubbed "The Temple" by the netizens and media, lacked its main component – the dome on the top that gave it the nickname.

It's unclear whether the inaccuracy is purely a glitch in the developer's mechanism of transporting satellite imagery into a giant virtual world, or it was done intentionally to avoid possible backlash over recreating a place connected with numerous sexual crimes committed by Epstein and his clients, who, mostly, remain unknown so far.

The island, which the financier bought in 1998 to allegedly hold his private parties purportedly attended by his powerful and wealthy clients, was raided by the FBI soon after Epstein was found dead in his cell. The official version is that he committed suicide, but several irregularities surrounding his demise and the fact that he could have revealed the names of his influential clients to the investigators have spurred numerous conspiracy theories that the sex-trafficker might have been "silenced".

Epstein Showed Off a Teenage Girl to Trump at Mar-a-Lago, Lawsuit Claims